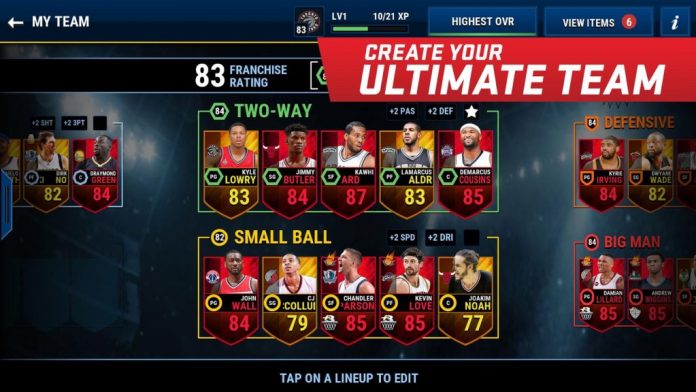 EA Sports have recently launched the amazing NBA Live Mobile to the world and everybody seems to love it, even though there were some loading problems at first. But now that everything works perfectly and you’re ready to turn your team into one made of superstars, it’s time to check out some NBA Live Mobile cheats: tips & tricks that will help you improve your game, get more coins, buy the best players and, most importantly, win all those matches, no matter if we’re talking about season games or head to head challenges.

Although this guide is mostly aimed at more beginner players, advanced ones or those struggling to make something out of the game might learn a trick or two, so go through this and check out Touch, Tap, Play’s NBA Live Mobile tips and tricks!

1. Complete the achievements
It might sound like the silliest thing to do, but check out the achievements in the game and do what it takes to complete them. There’s a ton of achievements available and the rewards you can get are pretty awesome: not only that they give you enough coins to be able to dip your toes in the transfer market and profit greatly, but you will also win card packs and valuable goodies otherwise.

2. Start building up your team
Early on, don’t even think about selling players, completing sets or whatever. Just pile up on the players as if you were the biggest hoarder in the NBA history. Always keep an eye on the market to grab good deals – players with an overall rating of 65 and maybe above can be purchased with as low as 200-500 coins, so make sure you get them first in order to strengthen your team. You will get better players as you play, but early on try to get the most for your money, and a 65-rated player for 200 is a great deal!

4. Learn the moves
There are multiple moves that you can pull in the game, like spin moves, fadeaways, behind the back and so on. I will have a guide on how to perform each of these moves shortly in case you can’t figure it out on your own – but if you do and once you do, start pulling those in order to get the advantage on the field and dominate your opponent.

Buy low and sell high is the easiest thing to do: once you have some money, simply snipe for cards that are greatly undervalued, purchase them with the buy it now price and then resell them at their regular value. Keep an eye on the market in order to know the prices and be very active and you can score the likes of Kobe for example for as low as 3-4,000 coins. Now that’s insane in resale value, but also great help for your team.

6. Auto-play (how to do it)
Playing the season games might be a chore for you, but you might still want to get that money from playing the games without actually playing them. That’s when auto-play comes into… play! You can simply tap the play button in the upper right corner of the screen and the AI will take care of your team. Just let the game unfold, mind your own business and enjoy winning your games. There are people who only use the autoplay feature in defense and switch to controlling their team in offense mode – if that’s what you want to do, simply tap the play button again and you’ll regain control of your team.

7. Complete the sets
I know I told you to stay away from the sets for a while and I still mean it, but eventually you will have to just complete the sets and enjoy the goodies they have to offer. You can get really good players from most sets, then sell them on the market for a high value and buy the players that you need. The easiest sets to complete in my opinion are the team sets – go for teams with good potential players (like Hawks or Heat) and complete them over and over again. Either use those players or sell them to get coins and buy better players. Sets are actually a wonder once you get the hang of them.

8. Learn to defend properly
Auto play is good, but not as good as playing the game for yourself. And even though offense it’s pretty straightforward and most players don’t really have problems with it, it’s defense that you should master in order to improve your chances of winning games. There are some defensive tricks that will help you get better than the others.

For example, when defending with the Guard button pressed, always move the joystick away from the opponent. When he’s in front of you and not performing a move, simply tap the guard button and you’ll attempt a steal. Finally, if the ball is being passed towards your player, simply tap the button in order to try and deflect it. Tapping the block button when near the post has your players try go for the rebound, so have that in mind as well.

9. Know your players!
Until you fill your team with superstar players that are good at everything, you will have lesser known players to deal with and you might not know their strengths and weaknesses. If you have a good SG, it doesn’t mean that he’s a good 3 point shooter, so always know the type of players you have in your starting line-up and what their strengths are (or at least if they’re good shooters or not) if you want to improve your winning chances.

These would be for now our NBA Live Mobile tips and tricks. If you have any other suggestions to add, feel free to let us know in the comment section below! 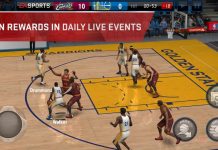 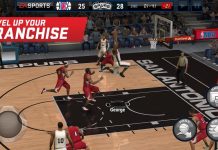