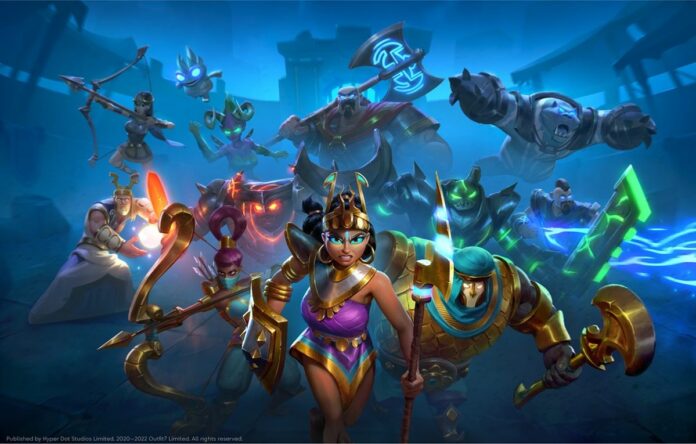 The wait is over – Mythic Legends, Outfit7’s new strategy RPG on mobile, is out now for both iOS and Android devices across the globe. The game features powerful heroes and armies that players can recruit to fight the good fight, as they unlock different Champions and engage in multiplayer combat.

Combining the most well-loved elements of auto chess, RPGs, mobile RTS and strategy games, Mythic Legends lets players build armies and charge toward their opponents using the best battle formations in the arena. They’ll have to unleash their inner tactician to make the most use of their Champions and Legends’ abilities to claim victory on the Battle Board.

“Mythic Legends is unlike anything we’ve ever created – or that’s existed on the mobile platform,” says Xinyu Qian, CEO of Outfit7. “Strategy games can sometimes feel daunting to get into, especially if you’re unfamiliar with the genre. But Mythic Legends encourages you to learn, offering a powerfully fun gameplay experience that’s packed with rewards and challenges. You can have a minute of action, or settle in and play for hours, optimizing the synergies of your fighters, dominating the Battle Board, and rising through the ranks.”

Mythic Legends is now available to download on the iOS App Store and on the Google Play Store for Android devices. It’s a free-to-play game with in-app purchases.