Home Guides My NBA 2K17 Tips: How to Win the Blacktop Challenge Easily 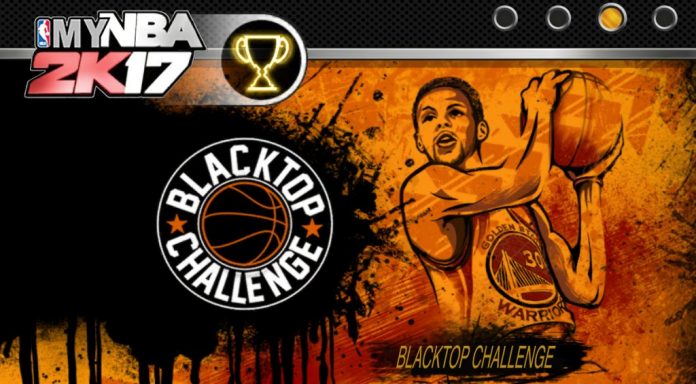 The Blacktop Challenge is a new game mode that I really love in My NBA 2K17, a game mode that can give you a ton of rewards to boost up your Legendaries count and get you a top deck fast. But it’s also tricky to get the most out of it, so I am here to share with you a bunch of tips and tricks on how to win The Blacktop Challenge easily in My NBA 2K17. And if not win it, at least get a guaranteed top 3 position.

Don’t forget to also check out our tips and tricks for the game as you’ll find some good stuff there as well. Now, these being said, let’s check out below some My NBA 2K17 tips on how tho win the Blacktop Challenge each time you play it!

Play over with the same opponent
Apart from the first round when you can only guess who is the easier target, it’s easy to pick up your matches. The winner of the previous round is the easiest target since their player cards, even if with full energy, will only have a fraction of the total possible stats. More likely, they will have close to nothing in terms of stats because nobody would waste energy cards for that little effect. You can replay against the same opponent over and over again until the timer gets to zero and that’s exactly what you should do: pick the previous winner and grind on it as often as possible!

You need 25 very good cards
This is the number of cards that are required for you to start a Blacktop Challenge and it makes sense that you need very solid cards in order to keep on winning: your starting five are randomly selected, so the better all your 25 cards are, the more chances you have to draw a good hand. It’s relatively difficult to have 25 very good cards early on, but the same goes for your opponents, so start by training your top five (which you will use in the Quick Games as well), then move your way down to other cards. Actually, your current best cards will become weaker as you get new ones and you will naturally get your top 25 cards!

The strategy to use to win Blacktop Challenges

– first of all, you don’t really have to start with many energy refills if you use my strategy, but it doesn’t hurt to have at least 4 with you, ideally 10 energy refills that we might or might not use. What follows is a strategy where no energy refills are needed, but I’ll alter it for energy use as well at the end.

1. win as many game as you can in the first round. Try picking the players towards the end of the list since I think they have the weakest cards. If you find one you can beat, keep on playing against him. Ideally, you will finish the round with 4 points from as many wins.

2. Quickly play games against the last-placed player as he or she will have the best cards (highest energy) and highest chances to defeat you. Your goal here is to lose 4 games in order to refresh all your cards for the next round. Don’t pay too much attention to what’s happening on the screen: just tap as quickly as possible, selecting random players and losing. Don’t use any support cards. If time allows it, try winning a game (against the first placed) – usually, that’s not possible.

3. If you did things right, you will start the 3rd round with a fresh set of cards/players. Now you only play against the player that was first in the previous round and you do it again as quickly as possible. You should simply tap the screen as fast as possible, tapping two cards in your hand at a time (in case the match-up requires two players). Basically, by sending any card in the game, you will destroy your opponent so speed is most important. You should be able to win a minimum of 4 games, ideally 5 this round.

4. Take a beating this round, basically repeating step #2.

5. Repeat step #3. This will give you a ton of points and you will be rocketed to one of the top 3 positions at the end, depending on how the other players did in the game.

Optional: if you decided to bring in some energy cards and you want to use them, you should change things a bit at step #2 in the game, but ONLY if you are at position 5 and below after the first round. If so, replenish the energy of all your players and, if you have them at 100% energy, win as much as you can by playing against the top placed. If you have a lower total maximum energy, play for the lose: randomly send cards into the game, playing against the player at #5 or 6, then going lower and lower. This could win you a few games and get you 2-3 losses.

For the next round when you have to win everything, either use a new set of energy cards to fill those that need refilling, or play against the winner of the previous round, making sure that you always send your lowers numbers two cards (the ones with drained energy) when there’s a double match-up, and send your best cards otherwise. This should still give you a full set of 4-5 wins in the third round. Continue steps 4 and 5 as recommended below.

Personally, I believe that bringing in and using energy complicates things too much. Plus, it’s better to keep that energy for the season games! Using my strategy, even though you’ll quickly stock up on losses and your record won’t look as nice, you will always complete the Blacktop Challenge in positions 1-3 and get a ton of card picks to make your deck a lot better. 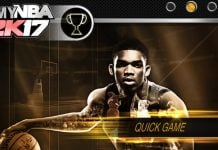 My NBA 2K17 Tips: How to Get Ultra Rare, Epic & Legendary Cards Fast 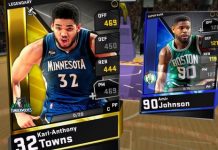