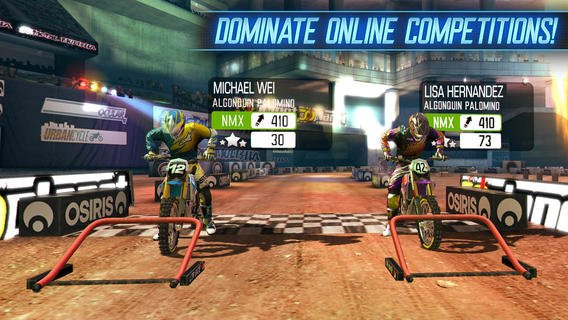 If you’ve read our review, then you know that we love Motocross Meltdown. If you played the game, you certainly love it too, but you’d probably like to get more advice on how to perform better in the game. You’re at the right place, because we have to share with you some Motocross Meltdown cheats: tips & tricks that will help you get the most out of the game, improve your bike and… keep winning. So if you’d like to do that, let’s check out the Motocross Meltdown tips and tricks below and let’s have fun playing this amazing game!

1. Time your tapping right
Being a skill driving game, the most important part of the game remains tapping at the right time: so make sure that you tap the start button as soon as the fourth light (green one) lights up, then continue to tap exactly when the button enters the circle. If you’re performing tricks, tap and hold – but don’t hold for too long or your bike will crash. It’s all about learning when to tap and how to do it and with practice you will easily become a master.

2. Customize your bike
Some might be tempted to believe that the Bike Upgrades are the first things to invest money in, but I would suggest maxing out the customizations first: there are 4 categories and you will be able to purchase one customization per each really soon. Make sure to do so – you will get some extra money every race, no matter if you win or lose that race, and it will eventually add up and help you upgrade your bike faster.

3. Upgrade your bike
Of course, you will need to keep upgrading the bike if you want to remain competitive. Because, in the end, no matter if you become a “perfect expert” when it comes to driving, if your bike doesn’t have enough power, you will be eventually defeated. The trick here is to upgrade evenly: I’d start with the engine for some extra power, then complete all the tier upgrades before moving to a new stage. Upgrading your bike evenly is the key to top performance.

4. Race, Race, Race
There are several race modes available and you should try them all. I would suggest to do the Daily Gauntlet races first since they reward you with some extra cash and let you drive a solid bike, so you won’t have to worry that your bike is less powerful than the opponent’s. Then, it’s up for you to decide what races to play, based on your Bike’s status. Either way, you will want to get to 100% completion rates in all areas for some great bonuses.

5. Replay exhibition races
If you were able to easily win an exhibition race and you’re in need for some extra cash, that’s where you are going to get it: replaying the same exhibition race over and over again, since there’s really no other way to do it. Losing a single player race will only reward you with your performance money and customization bonuses, while winning the Exhibition race will add up a few hundred dollars which will come in handy.

6. PvP races don’t matter that much
Of course, you might want to prove the world that you are the best driver there ever was, but except for that, you won’t get any advantages in the single player campaign by winning PvP races. All the boosts and goodies are only used in PvP races, while money is not earned from winning… so you have to do both if you want to succeed.

7. The time lapse cheat
You have to hurry with this one because it might not work forever. But right now, if you want to fill up your energy and fuel bars faster, simply move forward the time of your device with one hour. You will get the chance to race again and do that again for non stop action.

And this is it for now, these are our Motocross Meltdown tips and tricks. We really hope that they come in handy and help you win some more races! 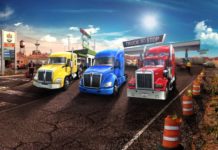 Truck Simulation 19 Lets You Explore the Entire US on Mobile