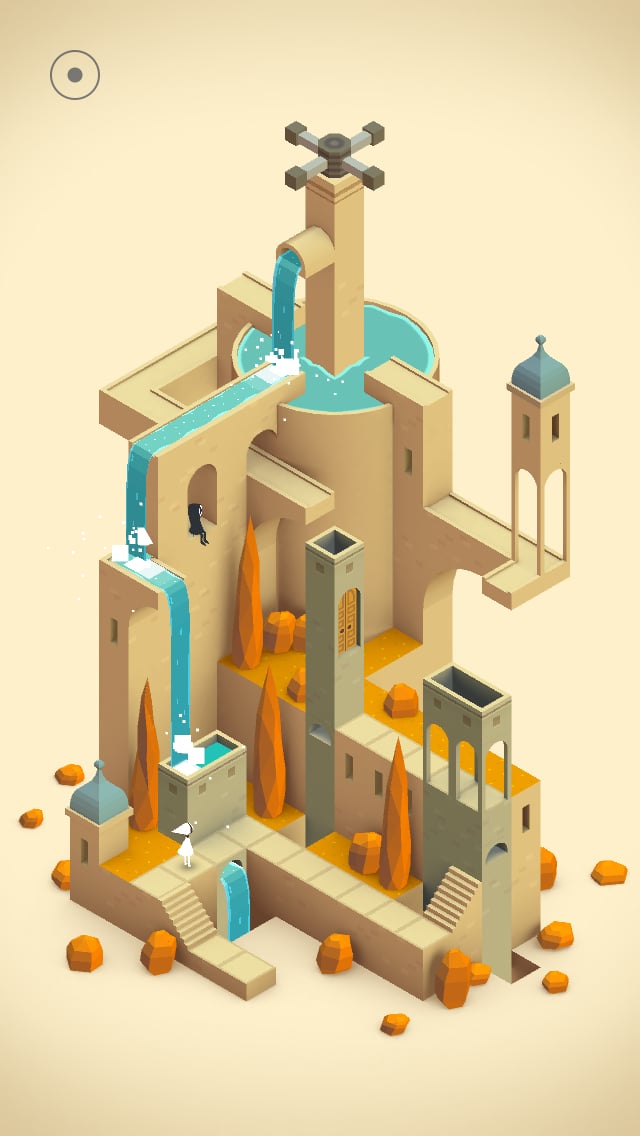 Monument Valley is, without a doubt, one of the best games released on iOS devices this year. The gameplay experience of the Ustwo developed game is really unique and far from the most popular games on mobile devices with its charming atmosphere and slow, but engaging, gameplay formula. If there is something wrong with the is that it’s over way too soon, with too many tutorial stages and too little full fledged ones. Luckily this issue has been solved with the recently released Forgotten Shores update, now available as an IAP of the main game.

The Forgotten Shores update includes eight brand new stages that expand the Monument Valley gameplay experience with some brand new gameplay features. Despite being less than the total stages of the main game, Forgotten Shores manages to feel way longer thanks to the absence of tutorial stages: from the very first stage to the last one, you will be getting the full Monument Valley experience.

The eight new stages definitely are the best Monument Valley stages thanks to an incredible design sporting way more sections than the original ten stages and new gameplay features. While most of the puzzles can still be solved by switching perspective, there are others that require players to manipulate the flow of water or use crows in more advanced ways, just to make two examples. One of the final stages, which I won’t spoil, brings the Escher inspired design even further, making me turn my iPad upside down to understand what was going on.

Right after Forgotten Shores was released, Monument Valley received a lot of low ratings on the App Store due to the update not being free. I feel this is completely unjustified: the improved stage design and new mechanics make Forgotten Shore feel more like a sequel rather than a simple expansion and more than worth its low price.