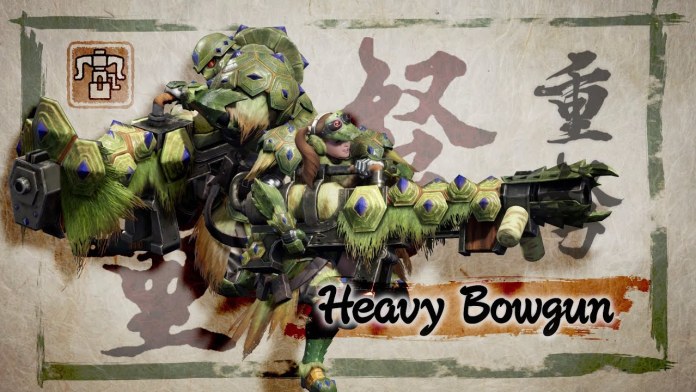 Thanks to the new Switch Skills featured in Monster Hunter Rise, players have the chance, for the first time in the series, to alter the moveset of each of the game’s 14 weapon types. By switching select skills with the new Switch Skills, players are able to unlock some new combat options that can possibly make some of the monsters easier to take down.

Here’s everything you need to know about the Heavy Bowgun Switch Skills in Monster Hunter Rise.

Healing Mech-Wyvernsnipe replaces Mech-Wyvernsipe, and it is performed by pressing A to enter Wyvernsnipe and ZR to fire. This Switch Skill fires a special shot that is different for each weapon. This shot deals less damage than the regular Wyvernsnipe but allows you to restore some health.

To learn the Healing Mech-Wyvernsnipe Switch Skill, you will have to complete the Feathered Frenzy quest and then speak with Master Ustushi

Tackle replaces Melee Attack, and it is performed by pressing X and A at the same time. This attack deals a good amount of damage, and prevents you from being knocked back, making the move unstoppable by any type of enemy attack.

To learn the Tackle Switch Skill, you will have to craft and upgrade multiple heavy bowguns

Counter Charger replaces Counter Shot, and it is performed by pressing the R and X buttons. By spending 1 Wirebug, you are able to parry any sort of attack while enjoying a shorted charge time for Charged Shot temporarily.

To learn the Counter Charger Switch Skill, you will have to complete the rank 5 Hone Your Heavy Bowgun quest. The quest is available by speaking with Master Ustushi after reaching the required rank.