Mobile Legends: Bang Bang 1.5.66 update for Advanced Server is here. This week, the Advanced Server will give you what you’ve all been waiting for-the revamped Karina. While Karina’s characteristics have been revamped, its main feature, Assassin has been retained as well.

More damage will be dealt to enemies when you land a 3-hit combo on them.

Karina flourishes her weapons in a flurry that blocks all ranged Basic Attacks, and hurls a Shadowblade at the enemy each time.

Karina brandishes her blades, dealing Magical Damage to nearby enemies.

This skill still locks on and charges at the target as before, but can now also summon a Shadowform that lingers behind them, too.

Karina can quickly return to the Shadowform’s location by using the skill again.

We hope that enemies will now be able to keep Phoveus at a distance as a means to deal with him. Also, we’ve optimized a few details to provide players a smoother experience with him.

Slightly increased the range throughout which Astaros Dread spreads.

New Effect: Phoveus can now himself transmit Astaros Dread spread by other heroes, too.

Increased the detection range of the Astaros Oculus.

We hope that these changes will serve to strengthen Gloo’s Ultimate when it splits apart, and we’ve increased stack limits in the interests of keeping things balanced.

We found Argus’ performance to be somewhat underwhelming, as compared to our expectations.

We’ve greatly increased the response speed when attacking with her Ultimate.

The small can be mighty, too! Cyclops’ characteristic as a high-frequency magic caster in the late game is something we’ve emphasized in this update.

It’s been a while since we’ve heard from the Ashura King, but he’s been working on his moves. He’s now able to get close to and shut down the enemy much more frequently.

Fanny’s swordplay is sharper than ever. She’s now better at farming and combat in the early game.

Ling’s incredible lightness skill has reached new heights, too. Now, he can readjust himself even more quickly atop walls.

1- A range of 515 Party events are available for a limited time. For more details, check out Events.

2- Road to Mythic events will also be available to returning players of Lv.8 or below.

3- With a 5-player party, you can take part in Ranked Mode with teammates of ranks that are 2 ranks higher or lower than yours.

4- In 5-player Ranked matches, parties with disparities of up to 2 ranks are now permitted. Matchmaking is conducted according to the highest-ranking party member. 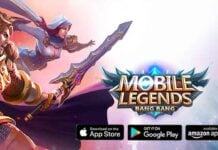 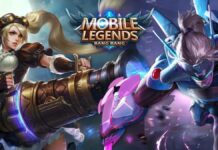 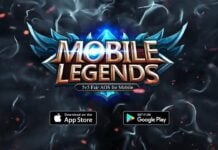