Mobile Legends: Bang Bang 1.5.64 update for Advanced Server is out now. From the content perspective, the latest development adds various new heroes, adjustments, new skins, and a lot more to the MOBA title. Besides this, several bugs and glitches have also been patched to deliver a much better gaming experience.

“Phoveus, Shadow of Dread”: a powerful Fighter that punishes heroes who use Blink skills.

Phoveus’ weapon, Astaros, holds mysterious powers and is exceptionally sensitive to fast-moving prey. When an enemy hero uses Blink or Charge skills, it reduces all of Phoveus’ skill cooldowns.

Phoveus smashes the ground and unleashes Astaros Dread, dealing Magic Damage to enemies hit and reducing their Movement Speed. Astaros Dread leaves enemies who are hit by it terrified, causing its effects to spread again. If Phoveus touches it, he gains Shield.

Phoveus summons forth the Astaros Oculus that watches enemies, reducing the Movement Speed of any enemy that sets foot on it. After 1s, the Astaros Oculus starts pulling all enemies within range into its center, dealing Magic Damage.

Astaros keeps a watchful gaze over the area around Phoveus. If it sees an enemy hero using Blink or Charge skills, it activates to cast a Mark upon them. During this time, Phoveus can instantly blink to their location to deliver a fierce blow, dealing Magic Damage to the target and its vicinity. Once Phoveus activates this effect, this skill is available for 10s before entering cooldown.

Fixed battlefield errors, and made Gloo available once more. Other optimizations include the fact that Turret damage is no longer transmitted to the target; we hope this improves both teams’ experiences in battle.

Heroes with control or slow immunity can now be affected by Gloo’s Passive effects, and the stack counter has been rectified (however, those with slow immunity are still immune to any slow effects).

We increased Estes’ early game protective capabilities, and given him greater fighting capabilities when he’s linked with multiple allies. 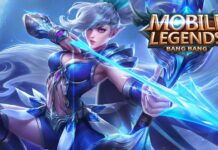 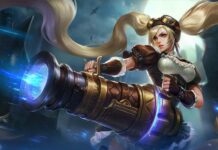 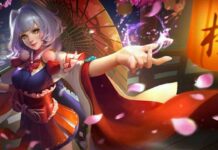