Home Game Guides Minecraft: What Does the Depth Strider Enchantment Do? 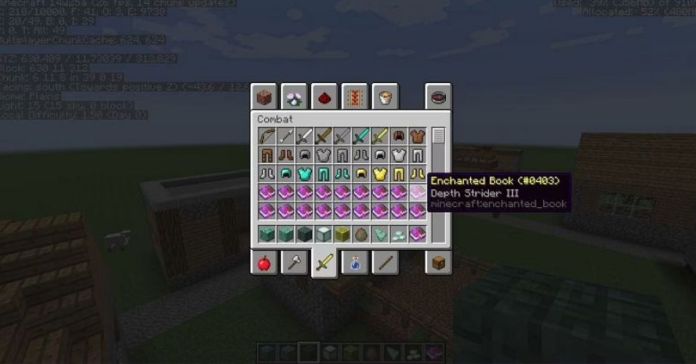 During your journey in Minecraft, you can go to explore different areas and regions. The most popular and common places to go are caves and mines. There you can find lots of different ores and treasures. However, some players may want to explore other locations with good potential of getting loot.

Oceans are one of the best alternative options. But, unlike caves, oceans demand additional preparations. Going there only with torches and pickaxe may be uncomfortable. You will need some potions and armor with special enchantments. This guide will tell you about the one of enchantments that may be useful for your journey, the Depth Strider.

The Depth Strider Enchantment in Minecraft

Depth Strider in Minecraft is an enchantment that you can apply only to boots by using Enchanting Table. It has only 3 levels of effect. The Depth Strider enchantment improves your resistance against the slowing effect that water puts on you. It means that you will get the less slowing effect by 1/3 per each level of enchantment. Also, the push water causes on you when your character stands in a flowing stream will be reduced. With the enchantment of level 3, you will swim as fast as you walk and won’t feel anything but bug bites when going against the water stream.

RELATED: How to make Terracotta in Minecraft

If you somehow managed to put more than 3 levels of the Depth Strider enchant, it won’t get its effect increased and your character won’t swim faster. You can become faster only with speed potions. Also, the enchantment affects only horizontal movement. It means that your character won’t dive or float faster. Depth Strider and Frost Walker enchants are incompatible, so you can’t apply both of them on the same pair of boots without cheating.

Depth Strider enchantment in Minecraft is very useful for underwater exploration. Use it and go to ancient ruins to find treasures. Good luck with your diving.

Minecraft: What Does the Depth Strider Enchantment Do?