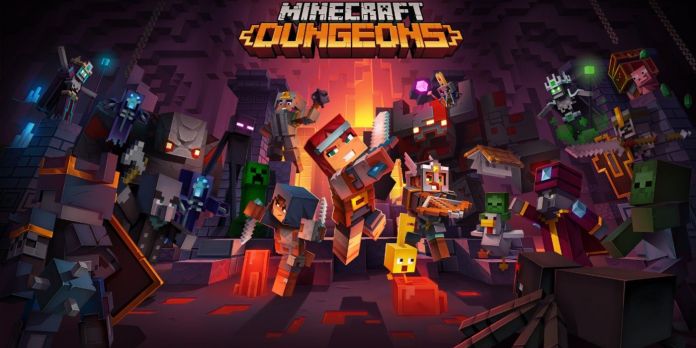 As confirmed last week, a new Minecraft Dungeons update is now live on Nintendo Switch, introducing new features to the game as well as tons of other tweaks and fixes.

The 1.8.8.0 update introduces the long-requested cloud saves support, which means that it is now possible to import progress from one version of the game to another.

The long-awaited Cloud Saves feature is now available in Minecraft Dungeons! With this update, you can now save your progress to the cloud, so you can pick up and play your Heroes across Nintendo Switch, PlayStation 4, Windows PC, Xbox One, and Xbox Series X|S.

While the in-game prompts show how to upload and download Heroes using Cloud Saves, you can check out the support article if you have any questions on the process.

The new Minecraft Dungeons update also introduces localization support for Simplified Chinese and Traditional Chinese text and voice overs on all platforms, as well as improved fonts on platforms that already featured a Chinese localization.

As already mentioned, the new Minecraft Dungeons 1.8.8.0 update also introduces tons of fixes and improved descriptions of several enchantment effects. You can find the full update notes on the game’s official website.

Minecraft Dungeons is now available on Nintendo Switch as well as on PC and all other consoles.