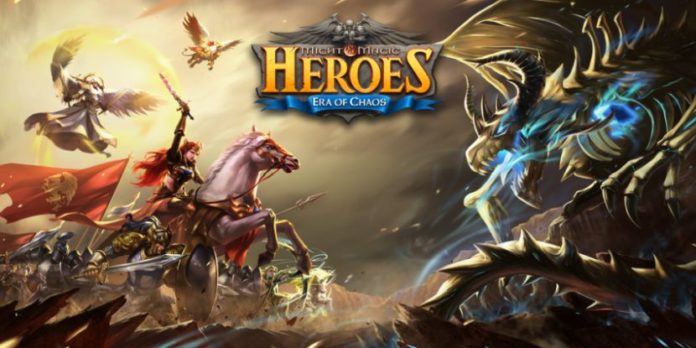 If you go full free to play in Might & Magic Heroes: Era of Chaos, you will have to focus on farming units – mostly in the Underground – in order to build a solid team. And in today’s article, we will share a guide on M&M Heroes: Era of Chaos farming, with the best farming locations and units to farm.

We have already shared a list of the best units in the game, but all those SSR troops are not easy to get – even more so as a free to play player. So instead and especially early on, you will have to do it the hard way, by grinding and replaying stages over and over again, getting unit shards to unlock new ones or farm shards for the ones you already have.

So let’s not waste a single second and let’s learn everything about the best units to farm in Might & Magic Heroes: Era of Chaos, as well as some additional tips and tricks on getting good units without paying for them.

M&M Heroes: Era of Chaos – Best Units to Farm in the Game

This is some early game stuff here – based on my own experience and for the Underground chapters up to 5 (including Chapter 5). It will be easy to farm tokens for the units below, both from using the two methods above and also as various rewards that you get from playing the game.

Also, don’t forget that you will be able to get 20 Premium draws if you are really active in the game in about 4-5 days of play time, which will greatly improve your options and give you great units to build a more than decent team.

Now, here are the top units to farm in M&M Heroes: Era of Chaos if you’re a free to play player:

Vampire: Excellent unit, one of my favorites. You will constantly receive it from free draws, you have it as some rewards in the main story and you can farm it in the Underground Chapter 2 & 3.

Cavalier: Another solid unit that’s easy to farm early on. You will receive lots of tokens from the game itself since it’s one of the starting units, but you can also farm it in the Underground chapters 1 & 3.

Hell Hounds: You will unlock them in the game eventually, you will get tokens as rewards from playing the main story and you can also get more from the Underground Chapter 3.

Swordsman: Another unit that you start the game with and the one that you can farm the most in the Underground early on, as it is available in Chapters 2, 3 and 4.

Next, it all depends on the draws that you get from the gacha boxes. I have the impression that the game tends to offer you more of what you have already unlocked, even though these are not the “classic” units that you normally receive.

Also, as you see in my list above, there are no Rare units listed. I think it’s nothing but a waste of energy and resources to focus on developing Rare units, because when you reach level 30 you will most likely have enough options for a full SR team – which is better than one with Rares included.

Other ways to farm for troops / get more units for free

There are actually two main ways for you to farm for units early on in the game (and constantly afterwards): using the free draws and grinding the Underground. We’ll talk about each for a bit first and then move on to the actual units you should be aiming for.

You get Silver Keys for the regular box unlocks by simply playing the game: they come as rewards from all sorts of areas in Might & Magic Heroes: Era or Chaos, and fortunately it’s really easy to hoard them up.

Save until you have at least 10 in order to get at least one guaranteed unit token and keep drawing there over and over again. There is a chance of 17% of you getting a unit (or shards for it aka tokens), so the chances are really good.

You won’t get any SSR troops this way, but there are some good ones that are rated SR, incuding the Vampire, Cyclops, Pit Fiend and much more.

If you want full control over the unit tokens that you’re getting, the Underground is the place where you have to complete stages over and over again. This costs a lot of energy (12 per stage), but you have some solid options available there, allowing you to quickly improve the best units that you have.

Apart from these two main methods, the more time you spend playing the game – and do it well – the better it will be. You will unlock new units by completing the main campaign and receive a ton of rewards from the Guild Adventure and the Wish Fountain itself and basically all the other stages in the game. So just do your best and you’ll have a lot of options sooner rather than later.

Also, don’t forget the various Marketplaces in the game: some really good units await there as well and you only need various tokens that are rewarded based on your performance and activity. So yes, even though a lot of grinding is involved, it’s really worth it and you can build a solid team as a free to play player.

These would be our recommended strategies to farm for units – as well as the best troops to aim for – in Might & Magic Heroes: Era of Chaos. These units can be considered early game ones and better ones might become available as you progress through the stages and especially the Underground.

When that happens, you can adjust your strategy and still have some solid units already built up to boost your bonuses in the Roster or for getting farther in the Gate stages (like the Crypt or Dwarven Treasury.

Did you manage to find additional ways or troops to farm in the game? Share your thoughts in the comment section below!