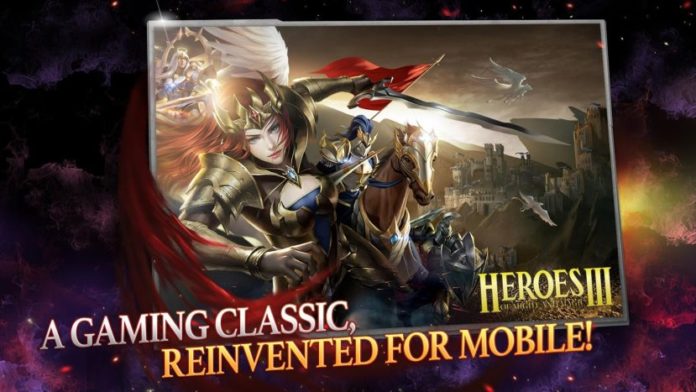 Ubisoft’s Might & Magic Heroes: Era of Chaos becomes more and more complex as you play it and the more you play, the more Heroes you unlock in the game. But with 14 to choose from at the moment, which is the best Hero in MMH: Era of Chaos? We’re going to help you find the answer in today’s article.

Please have in mind that we’re actually talking about the Heroes in this article, and not the Units (we have an article for those as well, so make sure to check it out also). Heroes seem to be much harder to unlock in this game and, truth be told, you will most likely play with Catherine for the most part of the early game – if not more.

How to unlock more Heroes in Might & Magic Heroes Era of Chaos?

Each hero has a different unlock mechanism: for some, it will be enough to gather enough logins and you will receive them as a log in reward. Others are available in the various stores in the game (mostly the guild store) and some can be unlocked in the Underground missions.

Also, some of them can be acquired as Event rewards, while one of them – Solmyr – is the most mysterious, his info screen saying this: “Can not be acquired through normal methods”. Interesting and vague at the same time.

Remember that each hero that you unlock gives you some bonuses, like boosting your Attack, Defense, Intelligence or Knowledge. These boosts remain active no matter if you use the Hero in battle or not. Therefore, unlocking as many heroes as possible (and starring them up) is really important if you want to boost your overall stats in the game.

Best Heroes in Might & Magic Heroes: Era of Chaos

Now, choosing the best hero in the game is not exactly easy. Some heroes are definitely better than others if you look at their skills and mainly the spells that they offer on the battlefield, but it’s important to know that some work better with specific units, while others don’t.

So in many cases, the actual team setup that you’re working with will have an influence over how good a hero really is.

Take Sir Mullich as an example: his specialty only affects Charging units, so if you don’t have them in your setup, he’s not as good. Catherine boosts Swordsmen, Ryland has a Dendroid Guard specialty and so on. So definitely keep these in mind when deciding which is the best one for your team!

But all things considered – and by taking into consideration the more generic heroes and team builds, these are the best heroes in Era of Chaos:

I am listing Catherine here not necessarily because she is a truly amazing hero, but because she proves to be extremely useful and the best of the early heroes that you unlock (including Ryland, Gelu, Sir Mullich or Adelaide).

Catherine has the Iron Crusader specialty, meaning that Swordsmen are upgraded in battle and receive various bonuses based on Catherine’s number of stars: 20% more HP and various other health and defense related boosts.

While Swordsmen are not the best unit in the game (not one of the worst, either), they are still really easy to rank up and improve, since they’re one of the starting units, so they are useful in the team.

Catherine’s other spells are pretty useful, especially since you will most likely upgrade them quite a bit simply because there won’t be better options early on. Here they are, based on how useful they are (costs considered as well):

So all in all, Catherine is a decent hero that you will be using mostly early on in the game (up to level 30 at least, in my opinion). She has good spells to help you in battle and even though her specialty is not amazing she’s better than the other early options, imho.

If you are looking for a massive damage dealer and a hero that focuses on Attack, Crag Hack is your man and one of my favorites. It does take a while to unlock him, since he becomes available in the Underground stage 10-13.

His specialty is useful to all troops, generally, providing Critical hit bonuses and boosts in attack, going later on to focus on Stronghold units to provide them with even more boosts. A really solid overall hero!

I also like all his spells and I have to admit that it’s really difficult to rank them. I’m trying to below, but you can really use them in any order – they’re that good!

All in all, Crag Hack is a really solid hero, the biggest Con about him being that you unlock him so late in the game.

The Necromancers were pretty much overpowered in Heroes of Might and Magic 3 because of their Necromancy skill and Ubisoft brought that to M&M Heroes: Era of Chaos as well.

She is great at flooding the battlefield with Skeletons and even though she doesn’t really have many boosts for other troops, the constant flow of units that she can spam gives her a massive advantage and make her OP.

Her specialty revolves around the Necromancy skill, reducing its cooldown, inflicting debuffs to enemies and eventually improving the quality of the troops summoned. Really, really good hero!

Here are her spells, ranked from the most useful to the least useful – although they’re also all really good:

But even though Vidomina’s spells aren’t the cheapest, she’s an absolute beast and you will win battles a lot faster and easier with her as your main hero.

While not as spectacular as the other heroes listed here, Mephala is good to have around, especially for stages like the Campaign or any stage where durability is extremely important.

I say that because Mephala focuses on increasing defense and hit points, helping troops last longer on the battlefield. Sure, this is a game where offense is the best defense in my opinion, but Mephala still works overall.

Her specialty is Absolute Defense which gives all sort of boosts, depending on her star count: from reducing damage received by 20%, to various damage reduction types and health boosts to help your troops stay alive for longer.

Her spells are also mostly defense-oriented, but fortunately we have one offensive spell to help when in need:

While the other heroes above are better suited to lead your troops in most situations, she is great in the Campaign and other areas where you really need those defensive boosts.

Have in mind that if you have specific units – and have them nicely upgraded – other heroes can become really useful. I’m thinking about Lord Haart, for example, who turns the already solid Death Knights into amazing units with massive bonuses.

But for a more general use and especially early on in the game (at least until you are around level 50), the heroes recommended above are really good. And even afterwards they are still solid if you don’t want to build your team around a specific unit type.

Don’t forget to also check out our Might & Magic Heroes: Era of Chaos guide if you’re just starting up and you need some tips and tricks to help you in battle. And make sure to come back often, as more in-depth guides for this game will be published.

And these would be our recommended heroes in M&M Heroes: Era of Chaos. Do you have other favorites? Let us know by sharing your comments below!

Might & Magic Heroes: Era of Chaos Best Heroes in the Game