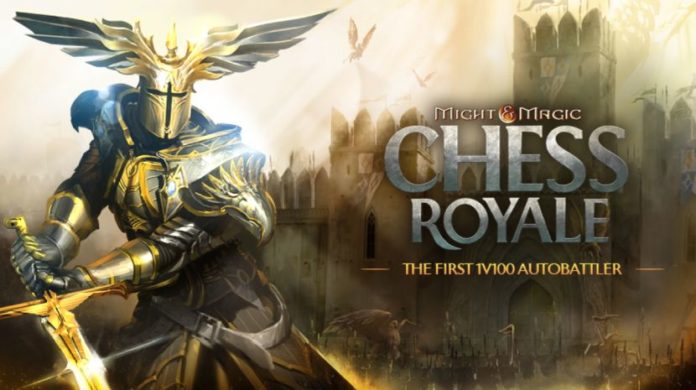 One of the things that can really help you win more often in Might & Magic Chess Royale are the synergies or the synergy system that can give you massive boosts based on what synergy you have activated.

In today’s article, we are going to focus on these and decide which are the best synergies in Might & Magic Chess Royale so that you can focus on getting them as often as possible in order to have that amazing advantage over your opponents.

We have already discussed them briefly in our Might & Magic Chess Royale guide, but now we’re going to take a general look at all of these synergies, see what the requirements are, how difficult it is to actually get them and, finally, which ones to aim for.

IMPORTANT: In order to activate these synergies, you need to own the units required and have them on the battlefield as well, not only in your stash!

There is actually a total of 12 synergies in the game and it is impossible to get them all in the game. One, two or at most three is probably what you will get – but before we get into the rankings, let’s see what synergies are there in Might & Magic Chess Royale.

My thoughts: Out of all the faction-specific synergies in the game, this is the easiest to get at the moment of writing this article simply because of the sheer number of Fortress units available in the game.

Even more, you can get it early on as the Battle Dwarf, Rune Priest and Valkyrie are usually offered as purchasable units from round 1.

Requirements: You need all 4 Haven units in order to have all Haven troops survive 3 seconds after death
Troops you can use: Justicar, Swordsmaster, Zealot, Archangel

My thoughts: This is a synergy that you can only get in the later stages of the game. Not an easy one to get for sure and not insanely useful once you do

Requirements: 3 units to have all Necropolis troops spawn a 2-star Ghost after death
Troops you can use: Ghost, Vampire, Lich, Bone Dragon

My thoughts: You can get a lot of extra high quality Ghosts in the game, which can make the difference. However, this is a synergy that will be unlocked later in the game, because the Lich and Bone Dragon need a few rounds to pass before they start appearing.

My thoughts: I can only think about the Orc going into frenzy with an extra boost of damage… he’d be lethal for sure. But I am not 100% confident that this is a solid synergy to aim for in the long run.

Requirements: Have all 4 Sylvan units to have any Sylvan in battle get a 15% chance of dealing 150 DMG to nearby foes when hurt.
Troops you can use: Druid, Dryad, Treant, Green Dragon

My thoughts: A really interesting boost, but a bit random. Also, a synergy you won’t be able to unlock until the later rounds since the Green Dragon needs some time before starting to pop up as an option.

Requirements: You need all the three Dungeon units in the game to have one random allied unit on the battlefield (max 2 stars) duplicate when battle starts.
Troops you can use: Troglodyte, Hydra, Stalker

My thoughts: All the Dungeon troops are good to have in battle and getting a unit duplicated is a nice bonus. However, there are better units in the game to build your squad.

Requirements: You need 2 (then 4) Spirit class units to reduce Armor by 3 (6 respectively) to all foes.
Troops you can use: Ghost, Troglodyte, Dryad, Lava Elemental

My thoughts: An easy Synergy to get – at least at level 1 – but you don’t really have the best selection of units available to make it matter early on in the game.

Requirements: 2 / 4 Warrior class units needed to have all Warriors get 10% extra DMG (40% respectively)
Troops you can use: Gnoll, Orc, Valkyrie, Fire Giant

My thoughts: I like warriors and this boost is also easy to get early on in the game. Actually, the Orc/Valkyrie pair could prove lethal, but due to how the description of the synergy is written I am worried that enemy opponents would get the same bonus (which would make no sense!)

Requirements: 2 / 4 Guardians for all guardians to gain +4 / +10 Armor.
Troops you can use: Battle Dwarf, Swordmaster, Treant, Cyclops, Archangel

My thoughts: Despite their name, Guardians can also deal a lot of damage and they are generally good units. Again, my biggest concern is that “all guardians” are said to receive the boost – does that include the ones owned by the enemy? If so, it’s not that fun!

My thoughts: Magic resistance is useful, but I wouldn’t go past the first level here because having all the four Mages in the game doesn’t give you many chances of winning anyway…

Requirements: Have 2 / 4 Assassin class units to see all assassins have a 5% (or 20% respectively) chance to deal a critical hit for 300% damage
Troops you can use: Justicar, Harpy, Vampire, Stalker

My thoughts: The assassins are really useful in battle and I usually end up having at least 2 in my team anyways. It’s not really a synergy to aim for, but a decent one to have for some randomness.

Requirements: Have a single Dragon unit on the board to get +40 Mana to all nearby allies
Troops you can use: Hydra, Green Dragon, Bone Dragon, Red Dragon

My thoughts: This is probably the easiest synergy to get early on since the Hydra usually pops up fast in the shop. And starting with 40 mana really helps getting to the Units’ specials ASAP.

Which are the best synergies in Might & Magic Chess Royale?

With so many options, it’s really difficult to choose one or two. Most synergies are good and any synergy is better than none. But if you could always choose, here is how I would recommend you to do it:

1. Warrior Synergy – easy to get, extremely useful to increase the amount of damage you will deal in battle. Max out your warrior usage to get the most out of it.

2. Stronghold Synergy – If you manage to get that Orc get a double bonus, it’s going to be a one-man show!

3. Necropolis Synergy – Not easy to get, but really useful to have extra Ghosts spawned in the game. Really, really good synergy!

4. Fortress Synergy – the easiest faction based synergy to get. Aim to get it as soon as possible because the sooner you have it, the more gold you will have to build a perfect team.

5. Dragon Synergy – Start getting it with the Hydra, as the +40 mana to start with gives a nice advantage, then switch to another dragon later on.

This would be our guide to synergies in Might & Magic Chess Royale. What do you think about our recommended ones? Are these the one’s you’re having most success with as well, or you prefer to unlock other synergies?

Also, now that you know which are the best synergies in the game… why not check out our list of the best units in Chess Royale? 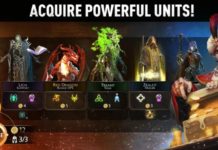 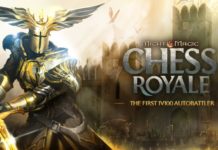