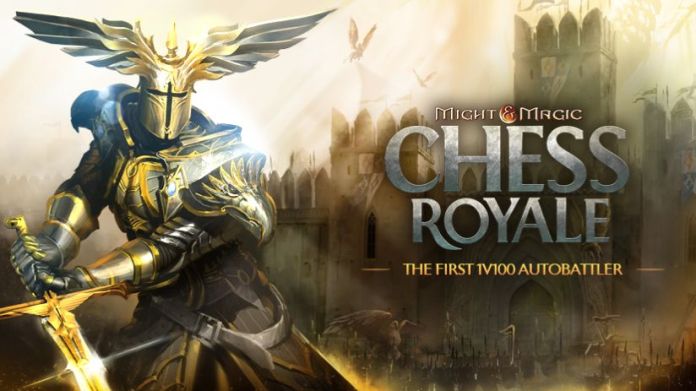 Today’s Might & Magic: Chess Royale tips and tricks will offer you a complete guide to the game, helping you understand the core mechanics, but also some more advanced strategies to help you win.

I was a bit confused at first when I jumped into Might & Magic: Chess Royale: no tutorials and instead it was straight to PvP. I had no idea what to do, what the troops are doing and even though I had played similar games in the past, it was frustrating.

Today’s guide plans to help out both those who are just starting up and feeling equally confused, as well as the players who have several or more battles under their belt. So let’s head over to the Might & Magic: Chess Royale tips and cheats below!

The first units you buy matters a lot

When you start a new game, you can only send two units into battle. These two units will lay the foundation of your entire play and are extremely important. So make sure that you pick the right ones!

There is a lot of luck involved, but you should always look for some units that give you an instant advantage. Right now, extremely overpowered (or useful) are the healers. So if you can start the game with a Dryad, that’s really good.

Other great units to start with are the Valkyrie, the Justicar and the Troglodite. Try to aim at getting two units that are easy to star up in the long run, but which give you the first win and lay a solid foundation for the future.

I used to buy a lot of cheap troops in hopes that the shop refresh would give me some options to decide what to upgrade and what to focus on. I realized that the concept was good, but putting it to practice was bad.

One extremely important thing you should have in mind is that you can sell your units for some money – few people take advantage of this at the moment, and it is indeed an advantage!

I say this because you sell the units for the exact amount you have purchased them from: so 1 gold units sell for 1, 2 for 2 and so on.

This means that you can indeed follow my strategy and buy more units than you need in the first turn, then see in the second what you keep and what not. This requires a bit of a fast movement in your second turn and is not always guaranteed to work, but you should always try it!

How to play your first two turns turn

I keep saying that the first turn is the most important, so here is how I suggest it should go each time:

– purchase 2-4 units: either until you are left with 1 coin or 0 if you have great options. If you remain with 1 coin, refresh the store to better plan your next move.

– Place two units on the field – your best ones. A combo between a Justicar and Dryad is ideal, but if you don’t have them, place the best two you have, planning already for your third addition.

– Ideally, you win the first battle to start with good mood. This also means that you have a solid duo to build upon. Now it’s time to prepare for round two.

– Refresh the shop if you haven’t done so already and purchase units that will help you toward merging now or in the future. DO NOT refresh the store again

– Now, depending on what luck you had with your first two shop draws, you will either want to invest more in units or purchase XP with coins and send a third troop on the battlefield. I usually purchase the extra XP at the end of the round, but it’s essential to get it now.

– Finally, sell the units you don’t need and build on the ones you already have and are planning to use long term. At this point, you could also wait for the third round and get a shop refresh then to see what units you should sell.

These are extremely important, because they can give you major bonuses. Some are easier to get than others (requiring fewer units of the same type) and some are better than the others.

In my opinion, you should try and build a squad around Necropolis or Dungeon units if you want the race synergy, as you will have a ton more chances at winning the battle. You do need 3 units of that type, which might be a stretch early on.

Easier to obtain early on are the synergies that initially require 1 or 2 units. The easiest to get is the Dragon – you only need one dragon type unit (like the Hydra) on the battlefield in order to get +40 mana to nearby units.

Spirits and warriors are the best 2-unit synergies in my opinion, the former reducing all enemy armor by 3, and the latter giving all your warriors +10% damage.

I already mentioned this, but I have to say it again: you have to star up your units on the field in order to remain competitive in the later stages.

A lower number of units on the field, but with higher star counts will always beat +1 or even +2 regular units. They get major boosts from starring up, and you should aim to get 2 star units.

In order to star up to two stars one unit, you need three units of the same type. The same rule goes for getting a 3-star unit, which is extremely difficult to get and not realistic in most battles.

With 25 troops available in the game and so few spots on the field, you can follow all sorts of strategies when it comes to building your deck. Most likely, the direction you will follow will be directed by your first two rounds, as afterwards is really difficult to make major changes.

From what I’ve seen, you don’t really need a tank in order to survive. A combination of more damage-oriented troops is what you want to aim for and you shouldn’t shy away frmo building your low-star units. They are the easiest to get to 2 stars.

Of course, higher cost units – including tanks – are really good. I would never say no to a Cyclops or Archangel whenever given the chance to have one.

But you should mainly focus on damage dealing and eventually healing. If you start early with a Dryad or later on get access to a Zealot, these are good to have around – especially in 2 star forms.

Next, focus on getting the best units in the game right now: the Justicar is a cheap, solid option, the Valkyrie also is very useful… Mix supports with damage dealers and you should do better than your opponent.

You can buy XP with gold!

An interesting thing in Might & Magic: Chess Royale – one that took me a while to notice – is that you can buy XP points with gold. I already mentioned this in a tip above, but wanted to outline it as many people only read the headlines throughout the article.

While you shouldn’t make it a habit to purchase extra XP since those coins might be better used elsewhere, I do recommend investing in them once in the 2nd round in order to quickly get an extra level.

Afterwards, when you reach the top 50, you will have more coins to play with. Depending on the troops you already have on the field, it might be a good idea to buy a couple more XP points in order to be able to bring more units into the battle.

This will vary from game to game: always keep the money if you have the opportunity to star up your strongest units!

You can also buy spells starting early in the game. You should always know what spells are available and decide if it’s worth purchasing and when.

For example, now when I am playing, the first set of spells are Cannon Fodder which gives common and uncommon units the chance to explode when killed, dealing magical damage when they do; the second spell is Brave Hearts, which gives a health bonus when fighting against more units than what you have.

These are not really worth investing in, in my opinion, but as they change ever now and then, you should check them out and decide which should be purchased. Don’t forget that Rare and Legendary spells also unlock if you remain alive for long enough in the game.

I will list some more or less random things below that I want to recommend, all of them helping you to get better in Might & Magic: Chess Royale:

– Keep an eye on the top performers in the game you’re in, looking at the top bar. This will help you prepare a bit in case you’re facing them (spell-wise only in most cases).

– Keep an eye on the battles as much as possible and try to see what works for your opponents and what doesn’t, to replicate this yourself. You can even spend some time waiting for the Fights to end and see what teams the top 10 (or at least the winner) had.

– The position of the troops on the battlefield is also important. The game suggest a spot for placing your units, but sometimes that’s not ideal. Experiment here a lot, as some effects from some units only affect a limited amount of tiles.

– Don’t forget to get rid of weaker units on the field. Those one-star troops will eventually have to be let go once you get better options available as you progress through the rounds and better units are given.

These would be, for now, our Might & Magic: Chess Royale tips and tricks. If you have additional advice to share with fellow players, don’t hesitate to do so by commenting below.