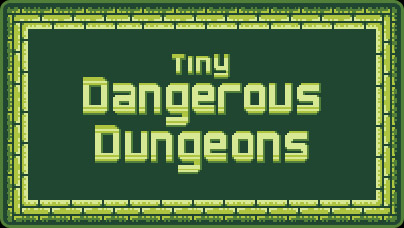 A new Metroidvania game is going to be released soon on the App Store, a game that will definitely put players’ skills to the test.

Tiny Dangerous Dungeons has been developed by Adventure Islands, the team behind other mobile titles such as Duke Dashington and others. While inspired by the browser game with the same name, Tiny Dangerous Dungeons iOS is going to feature a better and improved gameplay experience with a higher difficulty level.

Like other Metroidvania games, in Tiny Dangerous Dungeons players will have to explore a big interconnected map, pick up items and weapons, defeat enemies and generally avoid getting killed. Thankfully the game will come with a check-point system so you won’t have to start everything from the beginning if you have been defeated.

If you’re a fan of classic Game Boy games, you will have another reason to pick up Tiny Dangerous Dungeons next week. The game comes with a graphical style that’s been clearly inspired by classic games released on Nintendo’s successful portable console.

Tiny Dangerous Dungeons will be released on the App Store next week, on April 2nd. The game seems like a good Metroidvania game that fans of the genre will surely enjoy so make sure to check it out once it becomes available.