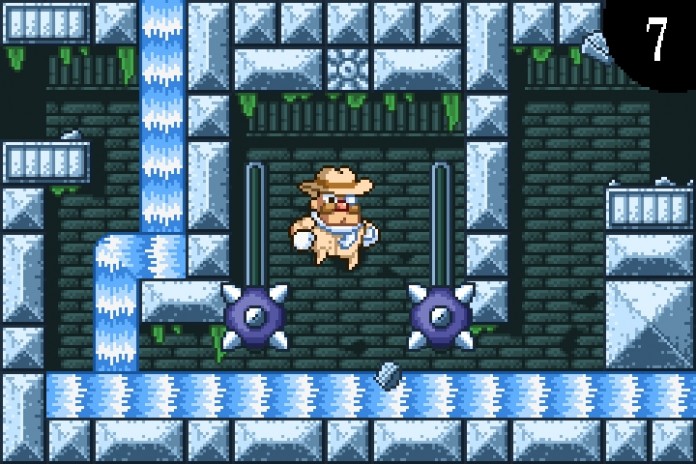 iOS gamers who love platform games will be happy to know that a really interesting game of the genre will be released next week on the App Store.

In Duke Dashington, gamers will control the explore Duke as he explores several different locations filled with treasures and traps. What makes the game really unique is that each room must be completed in 10 seconds, as the titular Duke is a really clumsy explorer who cannot help but trigger the traps before he even begins searching for treasures.

Getting all the treasures won’t be enough to clear each stage, though. Players will also have to get Duke to safety before the timer runs out, which may end up being somewhat difficult, considering how many traps are found in each and every room.

Duke Dashington includes 100 rooms divided into four temples, so you will have plenty to do in the game. Considering how though some of them are, you will be played this game for quite a while.

Duke Dashington will be released on the App Store on September 4th. There are no news on the game’s pricing at the time of writing but we will let you know more about the matter as soon as more comes in on it.