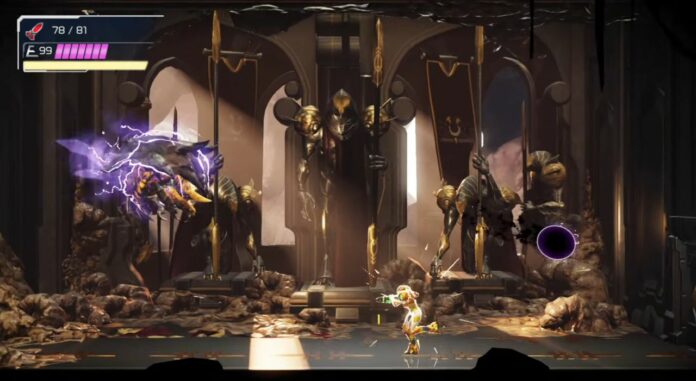 Metroid Dread is definitely not a lacking game when it comes to boss battles. During your stay on planet ZDR, you will have to deal with a lot of different dangerous creatures that are out to kill Samus once and for all, and it will only be skills that will prevent this from happening.

Here’s how to defeat Escue without too many troubles.

How to Defeat Escue in Metroid Dread

Escue is fought in Ferenia after taking down the Blue E.M.M.I. and getting the Ice Missiles upgrade. This boss is relatively straightforward, as it only has two attacks you have to watch out for.

The first attack is a strong energy attack that unleashes a horizontal shockwave once it hits the ground. It is pretty damaging, so you need to avoid both the ranged projectile and the shockwave. Jump accordingly, and do not hesitate to use Space Jump if you feel like your timing is off.

The second attack is a faster homing projectile attack that can be avoided with some careful jumps. It is not too damaging, so even if you get hit, it should not be a problem if you still have plenty of energy.

While avoiding these attacks, you should always be ready to attack Escue, as the boss becomes vulnerable briefly once it is done attacking. Use Ice Missile to deal as much damage as possible. After receiving enough, Escue will turn into its X-Parasite form, which damages Samus on contact, but it’s easy to avoid.

Continue using Ice Missiles on Escue even as it turns into its X-Parasite form, and soon enough, the boss will become history.

Metroid Dread: How to Defeat Escue