Home Game Guides Marvel’s Guardians of the Galaxy: How to Beat the Blood Brothers 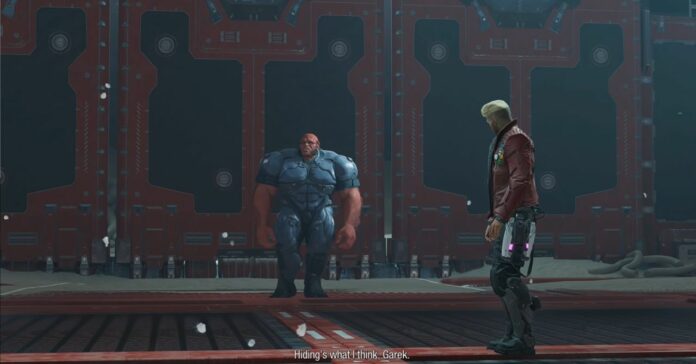 Marvel’s Guardians of the Galaxy features some of the most interesting and diverse boss battles seen in modern action-adventure games, as you will often have to employ very different strategies to win.

During Chapter 6, you will have to fight the Blood Brothers, two powerful individuals who will put your skills to the test. Here’s how to take them down without too many troubles.

The Blood Brothers battle is quite different from all the other combat encounters you had to win up to Chapter 6, as you will not have to defeat them, only deplete their health enough. This battle is divided into three different phases where you will have to use different strategies.

During the first phase, Star-Lord will take on the brothers by himself. Shooting them doesn’t deal any damage, but you will still have to do so to move the battle forward to the next phase. Keep your distance as much as possible, and get out of the way when they are unleashing their jump attack.

During the second phase, you will be joined by Gamora, who will reveal that you need to keep the Blood Brothers separate to damage them. To make it easier to damage them, you can separate them and then fill the Stagger meter of one of them to freeze them in place and deal as much damage as possible without allowing them to reunite and activate their armor again.

During the third and final phase, you will be joined by Drax. The fact that two Guardians have joined you makes it easier to keep the Blood Brothers separate. Use your fellow Guardians’ abilities as needed, and you will have no trouble defeating these unique bosses and move the story forward.

Marvel’s Guardians of the Galaxy: How to Beat the Blood Brothers