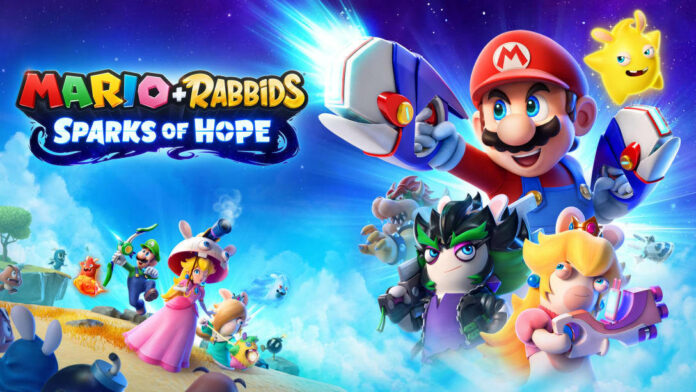 Mario + Rabbids Kingdom Battle is among the most surprising Mario series spin-off games ever released. No one expected such an improbable crossover to be any good, but Ubisoft surprised pretty much everyone by releasing an extremely competent turn-based strategy game that is incredibly fun to play.

The game turned out to be so successful, that a second entry in the series, Mario + Rabbids Sparks of Hope, will be released next year.

Revealed during Ubisoft’s E3 2021 press conference, Mario + Rabbids Sparks of Hope will see Mario and his friend team up with the Rabbids once again to embark on a galactic journey to defeat a great evil and save their Spark companions. With tons of planets to explore, a varied character roster and many powerful enemies to take down, including some familiar faces, we can be sure Mario + Rabbids Sparks of Hope will be as good as its predecessor.

Mario + Rabbids Sparks of Hope releases exclusively on Nintendo Switch on a yet to be confirmed release date.