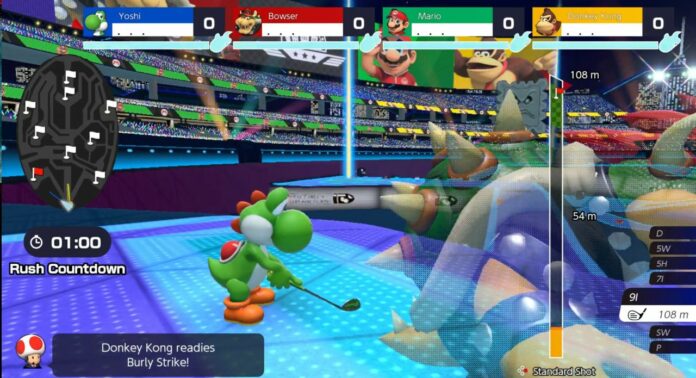 The Mario Golf: Super Rush character lineup is extremely varied, featuring plenty of Mario series mainstays and a few newcomers, all coming with their own unique traits that make them more or less good in specific play modes.

Among the returning characters found in the latest Mario Golf game is Yoshi. Here’s everything you need to know to play the character properly.

Yoshi is among the best characters in Mario Golf: Super Rush due to a variety of reasons. While his Power and Stamina are kind on the low side, he has the highest speed of all characters in the game, making him a great choice for Speed Golf mode, where Speed matters more than Power. Additionally, both his Special Shot and Special Dash are extremely useful in a variety of situations, making the character extremely versatile and good in pretty much all play modes.

Yoshi’s Special Dash is Egg-Roll Dash, a special dash that makes Yoshi run on top of a giant egg, rolling over other players. This Special Dash is extremely good as it is easy to control, has great range and Yoshi kicks the egg in front of him once the move is done, hitting any opponent on its path as well.