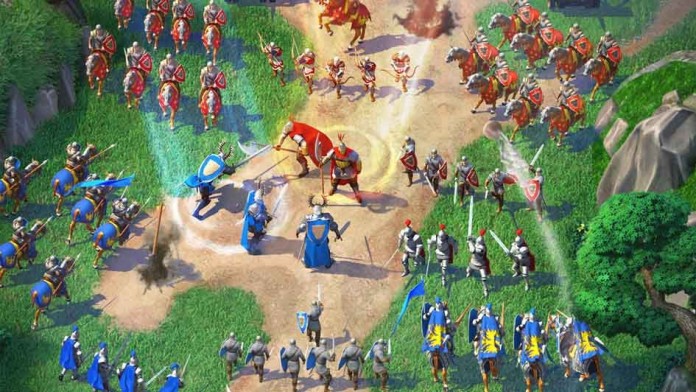 Choosing the best faction in March of Empires is not optional if you want to get the most out of the game and cruise through it like no other. Player preferences may, of course, come into play when it comes to choosing the right faction for you, but in this article I will show you an overview of all the empires in the game and I will give you my two cents on the best March of Empires faction to choose for victory.

As you know already, there are three factions available in the game right now, and we’ll talk about each other below. I am listing them based on my personal preference – so the first is the best in my opinion, but I would love to know what you think too! Also, don’t forget to check out our beginner tips for the game! 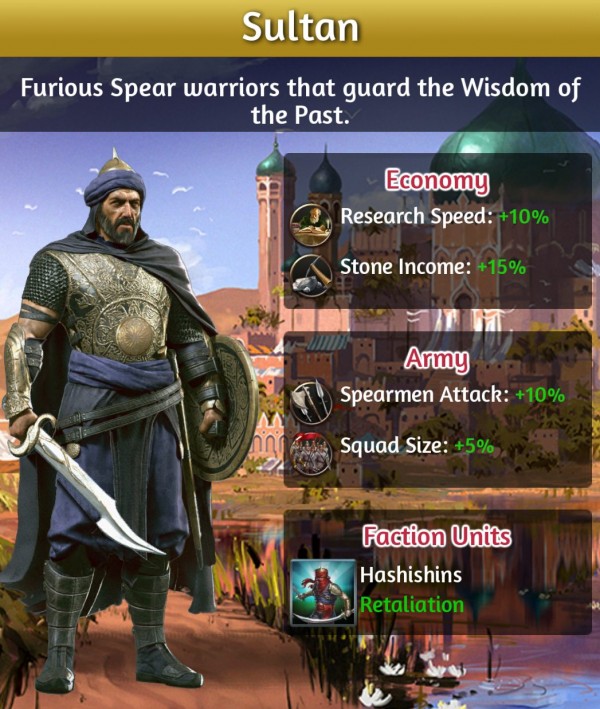 “Furious Spear warriors that guard the Wisdom of the Past”

As you can see in the image of their stats, this faction has some really great bonuses that put it at the top of my preferences. What I like the most about it is that it offers a Squad Size bonus of 5%, which translates in more troops and more power when attacking. It also increases research speed by 10%, which is an useful bonus since research takes forever, usually. The Faction unit, Hashishins, have retaliation as a special skills and they are extremely useful so overall I would consider them the best choice for a faction in March of Empires. 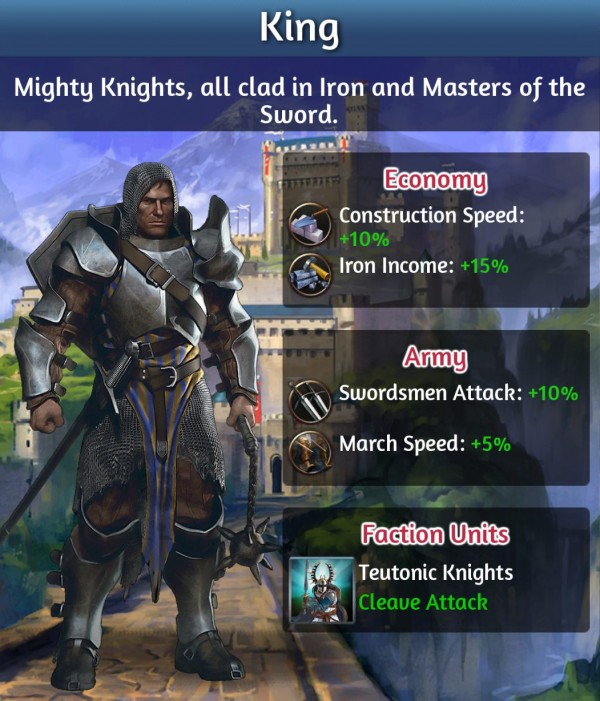 “Mighty knights, all clad in iron and masters of the sword”

They are a good choice for very active, offensive players, since their Marches are 5% faster. They also get a good construction speed boost, as well as more Iron mined. Their Faction Unit, Teutonic Knights, are the best in the game in my opinion, so the King is a good choice too! 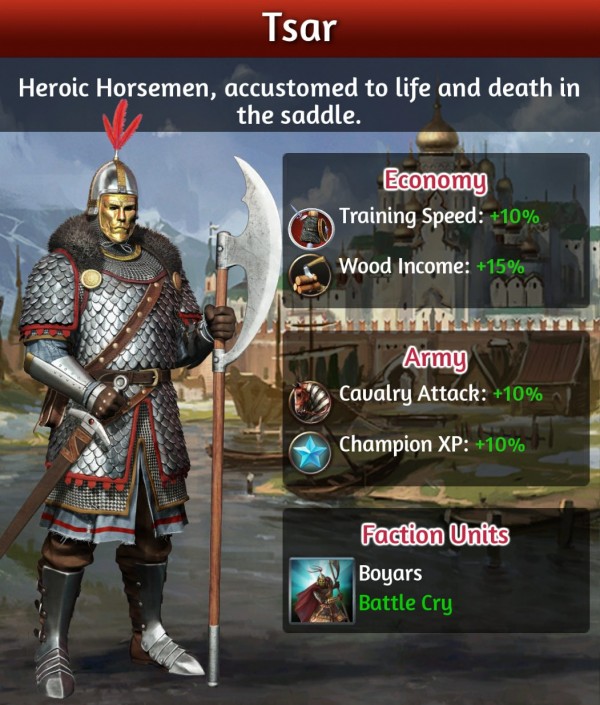 “Heroic Horsemen, accustomed to life and death in the saddle”

My least favorite faction, the Tsar’s most notable boost is to the Training Speed, which is 10% faster. The Extra Champion XP bonus won’t result in insanely over-developed champions, but the Boyars are indeed extremely useful as a special Faction unit. However, I would stay away from them and choose any of the other two instead.

What do you think? Which is the best faction to choose in March of Empires? Let us know by commenting below!