Ever since digital storefronts have been made available on console, every respectable video game, whether it’s a AAA game or an indie release, has to get post-launch additional content.

Nintendo only started offering additional content for its games since the Wii U era, but nowadays, every major release from the publisher is getting post-launch content, and their next big game is not going to be any different.

It’s now been confirmed that Luigi’s Mansion 3, which releases in around one month on Nintendo Switch, is going to feature paid DLC. Those who plan to only play the single- player mode, however, have nothing to worry about, as it seems like the DLC will only add multiplayer content.

Paid DLC will come to Luigi’s Mansion 3 in the future, adding new content to the ScareScaper and ScreamPark!

Luigi’s Mansion 3 stars Luigi once again as he explores a haunted hotel where he has been invited to together with Mario, Peach and other close friends. Little do they know, however, that it was a trap set up by King Boo to get rid of his enemies forever.

Somehow, Luigi manages to not fall into the trap laid out by King Boo and, with the help of Professor Gadd, sets out to save his brother and his friends while giving a sound lesson to King Boo and his ghosts.

Luigi’s Mansion 3 gameplay will not be all that different from what has been seen in older entries in the series, but the whole experience has been upgraded so that puzzles will be more interesting and enemies tougher to defeat. 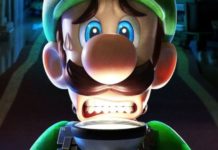 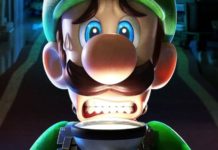