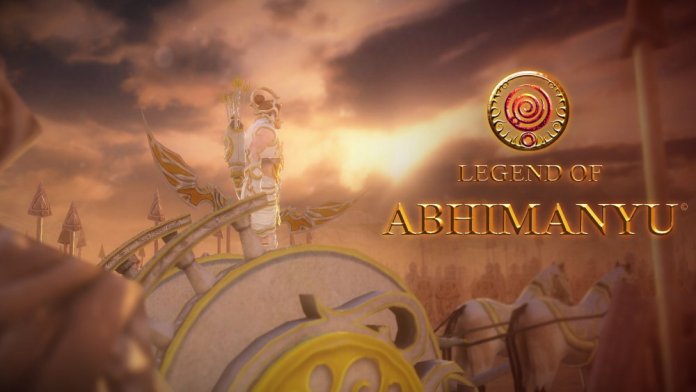 There is so much diversity in the world, with each country and culture having its own amazing legends and heroes and awesome things that few people actually know about. I can only applaud developers who try to bring those legends to life and make them well known to the world, all while delivering a top notch experience to the public.

It is the case of LoA – Legend of AbhiManYu, a beautiful action adventure game that shares a bit of the Indian epic The Mahabhrata with the world. And it’s time to know that there’s more than Zeus and Hercules, Thor and the regular cast of well known deities and legendary heroes. It’s time to welcome new great heroes to the lineup: Abhimanyu!

A master of the bow, but also capable of slicing his enemies into pieces in melee combat, Abhimanyu will take you through an epic adventure where he alone will battle an entire army and godlike bosses that nobody else could defeat. And with your help, the legend of this amazing hero will be rewritten!

The main selling point of LoA is, without doubt, represented by the graphics. This game delivers console-grade visuals of the highest quality. The visual appeal is up there at the top and we’re definitely rewarded with one of the best looking games on mobile so far. There are no reasons to complain when it comes to eye candy and it definitely makes you want more Indian legends to be brought to life in the form of video and mobile games.

But since we’re talking about an action RPG, where hacking and slashing through hordes of enemies is the main attraction, graphics are not the only things that matter. Gameplay is insanely important and you are treated right in this area as well.

Even though at first you would expect insane button smashing while blasting through the hordes of enemies, you soon find out that is not the case. LoA – Legend of AbhiManYu takes a more strategic approach to battles, bringing in some interesting mechanics that made me remember the good ol’ days of playing the original Max Payne and its innovative bullet time. We get something similar in LoA when you’re shooting your bow: the time stops, you choose your targets (a maximum of five), then you let the battle unfold, while swiping the screen to dodge incoming attacks or hit the charge button to take out enemies in melee combat.

And since I’ve mentioned the classic Max Payne, I must note once again the similarity of LoA – Legend of AbhiManYu and real games of the past, games that really tested your skills to the maximum and they were ruthless in case you made even the smallest mistake. LoA does the same with some truly epic and insanely difficult boss fights – starting with the first one you’ll encounter.

I would go as far as comparing the epic bosses in the game with the insanely difficult ones you face in the Dark Souls series. They are nearly impossible to defeat, but you will feel extremely pleased once you manage to do it. It’s true, there’s a lot of grinding and frustration involved in defeating the bosses, as is with the gameplay in general, but it was time mobile games moved away from the casual approach and offer a real challenge that tests your skills to the maximum.

And what a pleasant challenge LoA is, overall! With jaw dropping graphics, an epic story that definitely sparks your interest in Indian legends and mythology, as well as gameplay mechanics that work well and keep you busy, this is the game hardcore mobile gamers were expecting for this spring!