Even though it’s been a pretty long time since Lionheart: Dark Moon has been launched, we’re still playing the game and loving it, so we’ve decided to follow up with a bunch of more advanced and specific guides. In today’s article we’re going to talk about the best heroes in Lionheart Dark Moon and therefore the best team setup in the game.

With so many heroes available and so much randomness when it comes to unlocking them, it’s difficult for such a list to be useful to all gamers because many won’t have all the heroes unlocked. With this in mind, I am trying to look at the more common heroes and also offer general pointers in today’s guide when it comes to selecting the best heroes in Lionheart Dark Moon based on what you have.

Don’t forget to also check out our generic tips and tricks for the game if you’re just starting out and you want to make sure that you have everything covered.

There are also various strategies that you can apply when it comes to the best team setup in the game and we’ll cover this as well in today’s game. So let’s not waste any time and let’s check out the best heroes in Lionheart Dark Moon (and towards the bottom of the article we’ll have some specifics too).

Legendaries and rare heroes
The rarer the hero, the better they are. Legendaries are the rarest heroes of them all and if you manage to get your hand on any, that will automatically become one of your best heroes in the game. And the sooner you unlock them, the better (but you don’t really have much control over that).

There are 19 Legendaries in the game at the moment of writing this article and they’re all great. Out of them all, you most likely have the Black Mask because it was part of a recent event. If you do, don’t hesitate to use her: not only that she’s an amazingly powerful hero, but it also gives you the chance to get at least one Rare hero token per each battle, making it easier for you to upgrade your rare heroes.

In the end, the rarer heroes will eventually get better than the commoner ones so these are the ones you should focus on upgrading once you unlock them.

Heroes part of events
Some of the less rare heroes that can still get extremely strong are those that are, will be or were part of special events. For example, the Plague Hound was in an event twice already, which means that you could’ve easily upgraded him to at least Rare 4 (like I did). This means that you can take it all the way to level 40 and turn it in a really good hero.

Something similar goes with the Red Branch Scout, the Ursus War Caller or Vault Novice Timothy. Except for Ursus, these are all rarer heroes and you’ll end up spending a fortune of regular coins on upgrading them, but it’s worth it in the end.

You can also read our guide on how to make more coins in the game if you need extra ideas or you want to make sure that you’re covering all areas.

Heroes whose tokens are easy to farm
Being able to upgrade the maximum level of your heroes is essential for building solid heroes, and that is exactly what you should look into as these are extremely easy to turn into powerhouses, or at least so until you have enough rarer heroes to replace them.

The easiest heroes that can become extremely strong even for mid or end game stages are Vault Novice Timothy, Mirror Knight, Red Branch Scout and even Ursus in the later stages (if you have him unlocked). Even the Reaver Cleaver can become upgradeable if you keep using loot tokens on its boss stages on all difficulties and complete the monthly rewards.

I would also focus on the Dwarven Golem (Caerholme stage 4 hard) as his massive defense boosts make him a really good addition to a squad that needs a good Protector.

Let’s now get into specifics and see which are the best heroes based on their rarity. It’s worth noting that some heroes become better if used in specific combinations, so there are still other things to consider when deciding what’s best for you and that is usually decided by what other heroes you have unlocked.

But without complicating things too much, here are the best ones based on their rarity:

Common heroes: Vault Novice Timothy. You can also work a bit on Sap Stumbler until you get a better healer for your team. Apart from that, you can easily ignore all commons for the long game.

In terms of Legendaries, as I said already, they are all amazing and since it’s highly unlikely that you will unlock them all without spending a lot of money on the game, just go with what you have.

And now it’s back to you: which of the heroes in Lionheart: Dark Moon do you consider to be the best and what are some great team set-ups that you get a lot of success with? 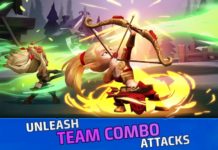 Lionheart: Dark Moon Draft Dungeon Guide: How to Get as Far as Possible 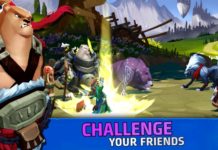 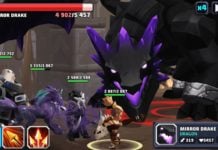