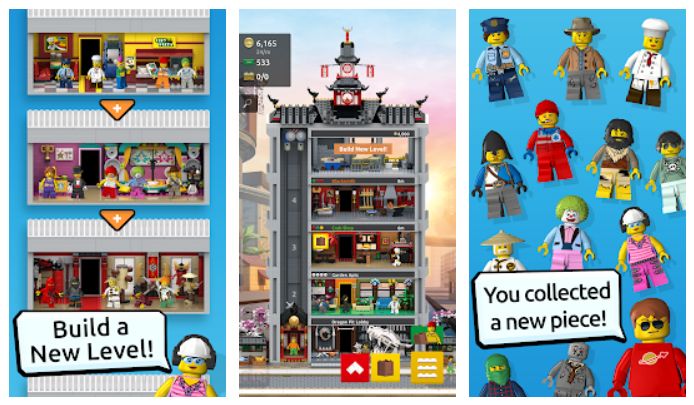 The popular Lego-themed tower building game gets even better if you boost your progress with some goodies coming from the various LEGO Tower redeem codes released by the developers, usually rewarding you with some cool rooftops for your towers.

Unlike in other games, the LEGO Tower redeem codes are few and far in between – but every extra bit helps and as long as we’re talking about freebies and new content for our game, we can’t really complain, right?

In today’s article, I will share with you an updated list of LEGO Tower Redeem Codes, so that you can instantly grab some additional rewards for the game in case you haven’t done so already.

The list below has been updated on April 30th, 2020. The codes below might or might not work in the future, but it doesn’t hurt to try them as it only takes a second and the rewards are great:

And these would be the codes that are active at the moment (at least the ones that we are aware of). If you know of any other codes that can be claimed in the game, don’t hesitate to let us all know in the comments section below!

As you can see, the developers of the game don’t offer a ton of codes to the players, but every now and then some limited time codes pop up – you have to be fast to claim them, as some are only available for a limited amount of time, while others to a limited amount of people.

In order to make sure that you get your hands on a working code, you should make sure to follow the game’s developers social media channels – or those of the game itself.

In the past, codes have been shared on Nimblebit’s Instagram, but you can also keep an eye on their Twitter or Facebook page in case they decide to share one or more there as well.

If you are looking for other codes for other games, we have shared some PUBG mobile redeem codes that you can claim right now – make sure to check the article out as well if you play PUBG mobile!