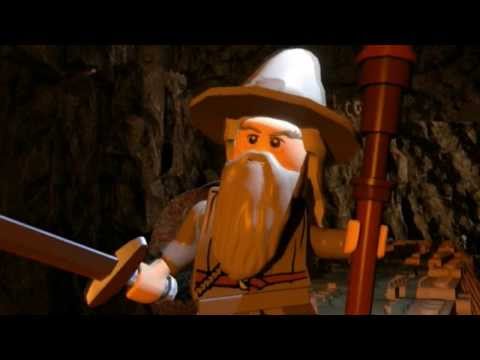 Yet another big name Lego game has come to iOS. Last week, Lego Lord of The Rings joined the ranks of Lego games on iOS. The game, currently an Editor’s Pick, captured my attention when I went to check the App Store. Being a fan of both Legos and Lord of The Rings, I decided to pick this game up and play it for myself.

The game pretty much follows along with the console version, just shrunk down to the mobile level. Players go through the story as the Fellowship, encountering allies, defending the rings from Sauron’s army and running into the occasional comedic relief. Players unlock characters as they go, adding to them to their collection so they can be used in free play mode, a Lego game standard. This game sticks to the Lego game formula pretty well which pleases me.

Here’s what I personally liked about the game. This is my first time playing a Lego game on an iOS device and I’m very happy with my experience. The game gives you a couple options for controls, allowing players to play at the way they want. For a first timer, the game gives a great tutorial, and allows players to let it give hints through out the game. Another thing I like about this game is the open world of it. Unlike the Lego Star Wars games where it takes place in a cantina, Lego Lord of The Rings allows players to fast travel between locations or simply adventure around the world, collecting items and bonuses. Lego also brought back the Character Creator from the Star Wars games, allowing you to create your own hero. 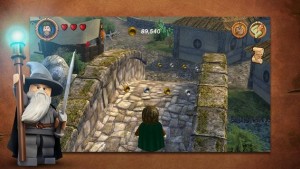 The list of negatives is pretty short on my end.  The game costs $4.99 USD, which isn’t too bad, but it also comes with in-app purchases to buy characters packs. That disappoints me a little because I like the thrill of unlocking them on my own. The causal control system has a few kinks in it. For example, to do a jump slam move, you draw a circle around your character. However, if you don’t do it fast enough, the game thinks you want the character to run in a circle. The Character Creator has a few minor things related to picking out features. It doesn’t give you a preview of what a feature looks like on the sidebar, so it does get confusing.

Besides the few negatives, this game is definitely worth picking up if you are a fan. This game allows you to journey with the Fellowship of the Ring wherever you want, while keeping the spirit of the console game alive. Another great addition to the Lego franchise on the App Store. 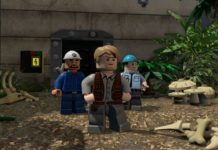 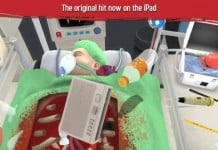