Wild Rift by Riot Games gained enormous popularity in a very short time and became one of the most popular portable MOBA titles. The game is currently running on the 2.1 version, and Riot, the developers, have already announced the release date of the few upcoming patches, which includes the 2.3 update as well.

According to the leaks, Riven and Lucian, who has been in the League of Legends for a long time, are coming to the Wild Rift in Patch 2.3. Besides this, various champion skins have been leaked as well, such as Arcade Riven, Hired Gun Lucian, and more.

Check out the release date of Wild Rift patch 2.3.

As per the official schedule, League of Legends: Wild Rift Patch 2.3 is releasing on June 1, 2021 (01:00 UTC). Once the update is rolled out globally, players can download the latest update from Google Play Store and Apple Store.

Riot said in an official statement:

Once a patch gets released, players can play on the game’s previous version for 24 hours. After that, they will have to update the game to the latest patch to queue up for the matches.

Related: How to unlock Katarina in LOL: Wild Rift 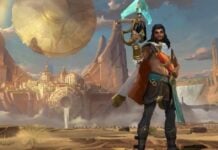 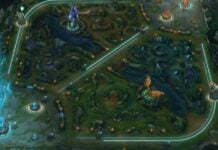