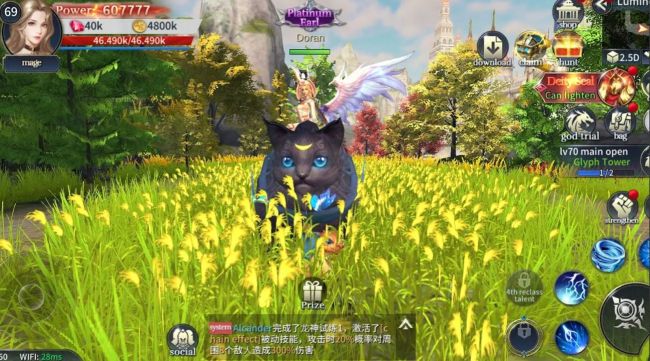 In today’s article we will cover all of the classes in Land of Doran and tell you everything that you need to know about them, from how they fight to which class to pick according to your play style!

If you are used to playing RPGs, then you are probably already familiar with all the classes that can be found in such games and you are probably knowledgeable of one (if not most) of them. But if you are new, or simply want to learn more there is to know about each one of them and find the one that will be perfect for you, then you came to the right place.

Once you have chosen the class that will be fit for your play style you can then move on to our article on Land of Doran tips and tricks where we are sharing all of the game suggestions that we have and if you have a few of your own, you can feel free to share them with us!

Warriors in Land of Doran come from Dawn City, where they master the techniques of the sword and fighting. They are an armored class which uses a sword to attack the enemies.

Warriors don’t have a lot of crowd control skills in their kit, but they will make up for that with sheer power and survivability.

For those of you who would like to try out different classes, but want a male character, then there is the Warrior – but it’s the only male class. And since this is the only male class in the game, so you will not be able to play as a female Warrior.

Their survival skills are the best, and they have the highest defensive abilities in game by default, so that makes them quite a tanky class. Since the Warriors will be quite balanced in terms of damage and defense, they can do very well on their own in every situation and solo dungeon.

They are kind of a melee class without a ton of AoE, but powerful abilities which will let them be a force to be reckoned with in the arena.

If you want to play a Warrior in Land of Doran, you will have quite a good time if you are used to mainly bruisers / tanks who deal damage and survive, from a melee range. Since they have the highest survivability in the game, they will always be the main focus of the enemies because they will have to go in front.

Also in the party instances, they should always go on the front line, because of their high survivability they will be able to mitigate some of the damage dealt by the bosses, so that they can peel for the other damage dealers.

Mages come from the Ivory Temple of Luminocity and they are the masters of magic. As female characters, they are a graceful and at the same time powerful character which lets you inflict damage, while trying to balance out all of the stats.

The Mage is a class which wields a staff that lets them create powerful spells to take down enemies. It’s quite a fun class to play, and I have to admit it is by far my favorite and have played as a Mage myself quite a lot. (I always play Mages in every single game pretty much).

Since the Mage class is ranged, they will not need such high defensive abilities because they will never be in the middle of the fight – or at least they will avoid being the main focus of the enemy!

Balancing AoE and damage, their defense is as low as the Ranger’s, because their range will let them shoot powerful attacks from a safe distance.

The Mages are quite easy to play as they are constantly dealing damage and inflicting various debuffs on the enemies. For the very beginners, it can be a very fun and easy class to play, as long as you try and dodge the incoming attacks and try to let the Warriors tank for you.

I suggest that if you are just getting started, give the Mage a try because I have a feeling that you will like it (as a complete beginner). Their generally high damage and fairly balanced stats will even allow you to take a hit or two, but not too many as they are not dedicated tanks.

Archers are a class which finds its roots in the Elves’ Forest. They are masters of archery, which lets then deal massive damage from afar to both single targets and multiple targets at the same time.

The Archers are some of the easiest to play, and their kit is not extremely difficult for a complete beginner either. Their defensive stats are not amazing though, so you will have to make sure that you avoid getting hit if you want to stay alive for longer.

While the Mages are very similar to the Archers, when it comes to AoE I would say that the Archer is slightly better because it will deal more damage, while the Mages can inflict various effects on the enemy.

Quite easy to play, they are pretty similar to the Mages in terms of gameplay, but slightly better when dealing with tons of enemies.

Since the only female characters are Archers or Mages, your choices are pretty narrowed down – but in terms of a class generally speaking, it’s quite good for beginners are more experienced players alike.

I would argue that all of the classes are pretty easy to play, as soon as you try it out – probably that’s why there are only 3 classes in the game too!

This would be everything that you need to know about the Land of Doran classes, in our classes guide! Which class is your favorite and why? Let us know down in the comments section below! 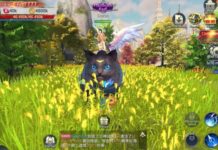 Land of Doran Cheats: Tips & Guide to Get More Powerful