Home Switch Kirby and the Forgotten Land: Everything We Know So Far 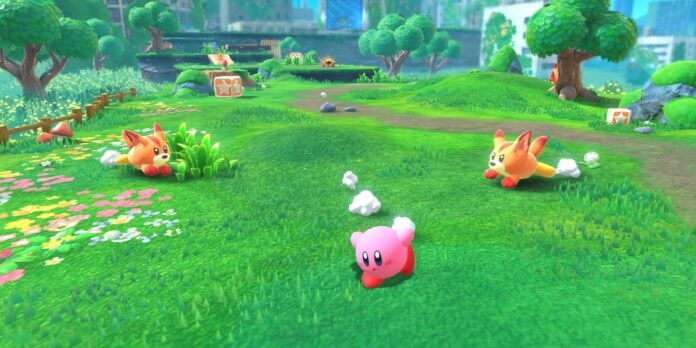 Kirby is one of the most iconic videogame series in history. This games’ protagonist named Kirby is a very famous character that looks like a pink puffball. The series is very popular and Nintendo is going to release their new Kirby game soon. It is called Kirby and the Forgotten Land, and this article will tell you about everything we know so far about this product.

Kirby and the Forgotten Land

Kirby and the Forgotten Land is a new game in the Kirby series and it is going to provide us with lots of new features. The game’s story will be based within a post-apocalyptic setting with the entire world covered with overgrown plants. There will be lots of different monsters and creatures that you will be able to encounter in colorful locations. It seems that the game is going to provide us with an opportunity to walk freely within the game’s levels.

You will be able to encounter lots of opponents and huge bosses inside ruined buildings, malls, and skyscrapers. One of the most remarkable creatures we were able to see at the demonstration was a giant monkey-like boss that looks amazing. Kirby will be able to fight all these enemies with its abilities. Also, you will need to travel across the game’s world and possibly solve different puzzles.