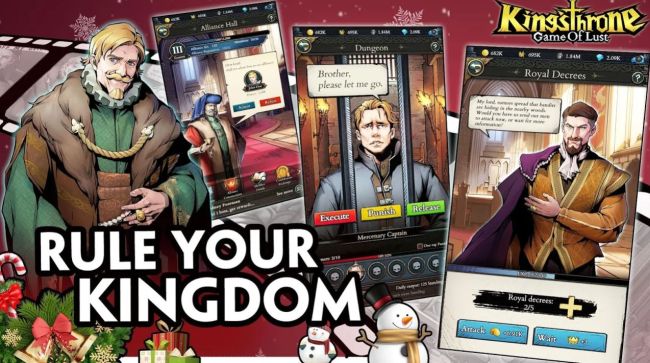 Arguably one of the most important roles in the game is going to be played by the heroes – which is why in today’s article we bring you the King’s Throne: Game of Lust heroes guide, and tell you all that you need to know about them, from upgrades to the Maidens they are bonded with!

That being said, each hero will have several specializations. You might say that while some are trained for battle, others are trained to boost the finances and such. Which is why it’s important to cover everything, so that you will know exactly what the stats mean and which heroes to upgrade first.

But first things first – you should take a look at our game guide to learn the basic tips and tricks to get you started in the game!

Upgrading the heroes will boost their level in the first place, which results in more power and increased attributes. That can make a big difference, so whenever you are able to make upgrades, I suggest that you do.

Upgrade hero’s level: This can be done by using Gold, and for each level that you upgrade, your hero’s Quality will increase, as well as the Military, Provisions, Fortune and Inspiration stats.

These are good, because some heroes are specialized in certain fields and thus they gain more points in them when upgrading. For instance, when you upgrade a hero which is specialized in fighting, its Military will be the highest trait.

Upgrade the heroes with Tomes: There are a few types of Tomes, which are used to boost certain stats. For instance, there are Military Tomes which you should use to further boost a hero which has Military as the main specalization.

There are also Undeciphered Tomes which give you a random stat out of the 4, but I suggest that you save these for later and use them once you have some very powerful heroes on your side which will benefit from any trait boost.

To upgrade trait using Tome: Tap on Heroes -> Select hero -> Select the book in the bottom right corner of the screen -> Select the Tome/s you want to use.

Upgrade the Quality Skills: Each hero will have Quality Skills, which can be boosted in order to increase the trait of the selected Quality Skill. So if you have Marcello for example, there is no use increasing his Military because he is a hero which specializes in Fortune. Therefore, that’s the Quality Skill which you can upgrade for him.

You can earn Quality Skill EXP by sending heroes to the Training Grounds. Try to send there the heroes which you want to upgrade the most, because the slots are limited, so you cannot send all of the heroes at once.

When leveling up one of the traits you will be able to use Manuscripts (they have a 50% chance to succeed), Quality Scrolls (they have 100% upgrade chance), or you can tap on the “+” to add Quality Skill EXP and use that for level.

Upgrade Tourney Skills: Once your heroes are level 60+ they can be sent to the Training Grounds. The Tourney Skills can be upgraded by using the EXP gathered there. One training takes 3 hours, so remember to check back on the heroes training and keep dispatching them to gather EXP.

Upgrade Bond Skills: Most of the heroes will have a Maiden which they have a bond with. The more your increase intimacy with that maiden, the more skills the hero will unlock with her. These bond skills are small boosts in the hero’s stats.

To learn more about this, you can take a look at our Maidens guide for King’s Throne: Game of Lust, where we explain more about these, as well as the locations of where you can obtain them.

The stats of the heroes are important because they will decide several things in the game – for one, you might have noticed that the Levy rewards give you loot while taking into consideration 3 factors: your heroes stats, your Maidens and children. Those three together will determine how much Gold, Grains and Troops you can get from Levy.

This is one reason why it is important to level up all of your heroes, starting with the best ones first. And because the ones which count the most are the heroes, I would suggest that you try to upgrade them as you go / gather more Gold.

Another field where the hero’s strength really matters is the Campaign battles. The last battle is always vs a “boss”, and in that battle there will be no troops, only leader versus leader. So if you have a good and powerful hero with high Military stats, it’s best to keep that to fight.

Focus on only the best heroes

This is something important not because of PvE reasons or resources (even though these are important as well when it comes to upgrades, if you’ve used up all of them for the “bad” heroes) but because of PvP.

PvP is available once you have 15 heroes and one of them is level 60 at least. These PvP tournaments allow players to challenge each other by using their best hero. Only heroes which are higher level than 60 can join the tournament, so use heroes which have a good quality and try to improve them.

How to get more heroes?

Obtaining heroes in King’s Throne: Game of Lust is easy enough as in all that it takes is for you to play! As you keep expanding and upgrading, you will unlock more heroes for free. There is no summoning or whatsoever, so don’t worry about that!

The only other way, apart from progressing in the game, is to become a VIP player and make various purchases with real money – but that is entirely up to you! Because the game gives you heroes for free as long as you keep upgrading, there is not really any need to pay for it.

This would conclude our King’s Throne: Game of Lust heroes guide! Is there something else that you would like to learn about the heroes in the game? Make sure that you leave a comment down below and we’ll get back to you ASAP! 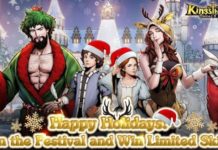 How to Play King’s Throne: Game of Lust on PC 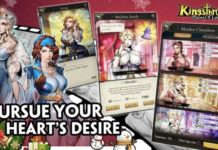