Home Uncategorized Kingdomtopia: The Idle King Guide – How to Make a Mountain of... 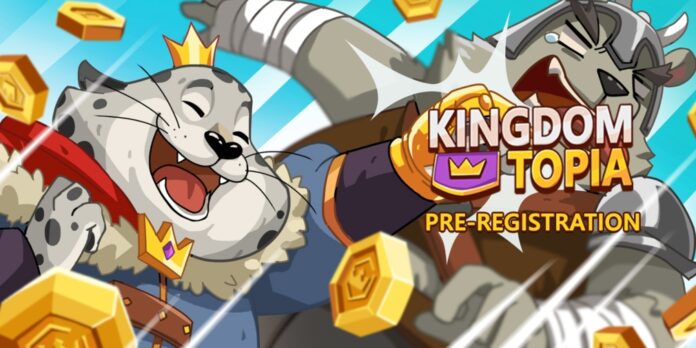 It’s more challenging than most idle RPGs, too, with vast amounts of gold to collect in order to progress from chapter to chapter, unlocking the game’s content and learning more about the fate of Kingtomtopia, its ruler, and its subjects.

This guide will give you a quick overview of the various mechanisms for making gold in Kingdomtopia: The Idle King.

How Kingdomtopia: The Idle King works

The principle currency in Kingdomtopia: The Idle King is gold. You spend this first on buying districts such as the Farm, the Market, the Port, and so on, and secondly on buying a mayor for each of these sites.

The mayor collects your revenue for you, saving you the job of returning to districts over and over again to claim the gold that your businesses are generating.

In addition to spending gold on unlocking a business and recruiting a mayor, you need to spend it on upgrading your businesses, in turn increasing the amount of gold they generate. That’s the circle of life. Or something.

As you upgrade your districts you’ll increase their productivity, hitting milestones along the way that result not only in multiplied profit but in achievements, which you can cash in for gems. More on those later.

As well as upgrading your districts you can renovate them, which again costs gold, and again multiplies their profit. The levels of your various districts add up to make your Average Income, which has implications for Fights, among other things.

It might seem tempting to build a warchest, you need to speculate to accumulate. As soon as you can buy an upgrade, a renovation, or whatever, just buy it.

At certain points you’ll have accumulated enough gold to unlock a new chapter, which results in a new game element being introduced. When you unlock chapter 3, you can access the Offering system, which operates in the same way: whenever you’ve got enough gold, you’re in business.

Making an Offering resets your progress entirely, but in return you get to spend a currency called Heirloom, which radically increases your Total Bonus Profit. That means when you start from nothing you’ll work your way up again much more quickly than before.

While your gold resets to zero when you make an Offering, and also when you spend it all, your progress towards new chapters and Offerings is cumulative – so you don’t need to budget for those things.

All of your renovations and milestones, meanwhile, go back to zero. It’s a hard life.

That’s the basic loop at the core of Kingdomtopia, but there are many more ways of making gold fast. One is to claim paper airplanes, which drift across your kingdom every minute or so. You can tell when there’s a plane to collect even when you’re not looking at your kingdom screen, by listening out for the telltale “whoosh”.

Then there are fights. Every few minutes a trumpet will sound and an enemy will show up looking for a beating. Tap furiously on the screen and you can pocket huge sums of gold. Crucially, the amount you claim from fights and airplanes is determined by your average income, so make sure you keep those updates coming.

And make sure you claim every plane and jump into every fight. It’s worth it.

Then there are gems. These come into your possession via achievements and gold airplanes, and you can spend them in the shop on a variety of progress-boosting items, including profit multipliers and time-advancing spells.

You can buy gems via IAPs, and you can get ten at a time for free every few hours by watching an ad.

Watching ads is actually massively helpful in terms of boosting your income, even if it’s not much fun to do. For instance, if you’re going to pocket 141.59 B gold per punch in a fight without watching an ad, you’ll get 424.76 B by watching one. You’ll save yourself a lot of time by watching at least a few.

Finally, you can boost your income by buying a Tribute Flag. This results in a neighboring kingdom giving an hour’s worth of gold every five minutes while playing – a huge boon. It costs $1.99, though, so you really have to want it.

While there’s plenty more to discover in Kingdomtopia as you unlock new chapters acquire new systems, this guide should help you on your way to your first Aa of gold, whatever that means.

Use these tips for yourself by downloading the game via the App Store and Google Play now. Good luck!