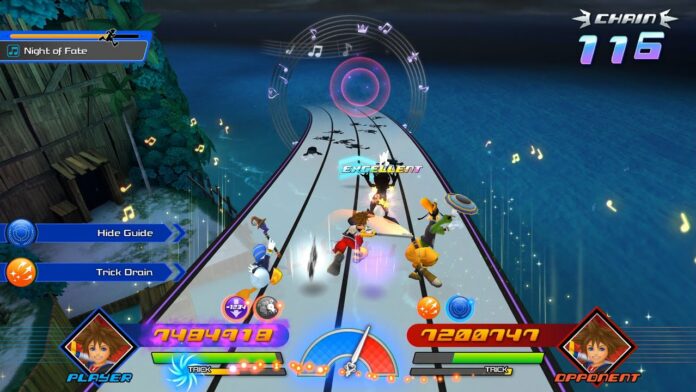 The Kingdom Hearts series is soon going to make its debut on Nintendo Switch with a very unconventional game called Kingdom Hearts: Melody of Memory, featuring very different gameplay from the usual action role-playing game experience fans of the series are used to.

If you’re a die-hard fan of the series, but are unsure if this new experience will appeal to you, you can give the game a go for free with a new playable demo that is now available for download from the eShop.

While this is only a small taste of the 140 musical tracks and the 20 characters the full game will offer, this is definitely enough to understand if Kingdom Hearts: Melody of Memory is the game for you.

With Kingdom Hearts: Melody of Memory releasing on Nintendo Switch, fans of the series are now waiting for the main entries in the series to make the jump on the console. This, apparently, is not happening anytime soon, as the publisher has encountered technical issues while trying to port the older games to the console.