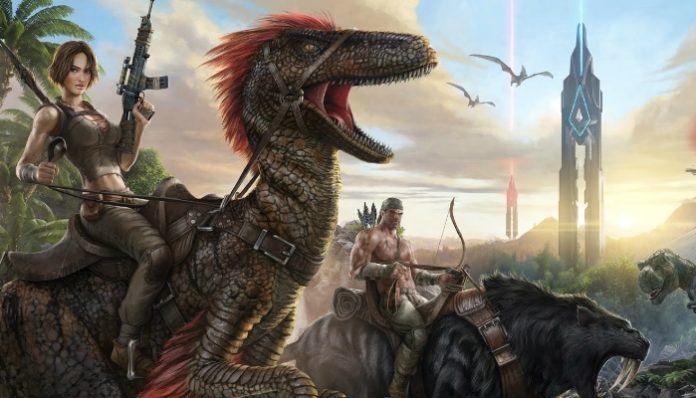 The survival game that brought dinosaurs into the mix will soon come to iOS and Android devices! ARK: Survival Evolved is the full jurassic-era survival experience now on mobile platforms. With a huge island to explore, 80+ dinosaurs to befriend and fight, your adventure in the work of ARK will be anything but ordinary!

Today, the ARK team has announced that the game has entered Closed Beta testing for iOS. If you’d like a shot at trying out the game, be sure to head over to the official website to access the beta sign-up form.

You’ll have to provide a bit of information including your preferred device, and as usual those with newer devices are more likely to be chosen. If you don’t get picked, don’t worry because the game is planned for a worldwide Spring release, which isn’t too far off.

For those unfamiliar with ARK: Survival Evolved, you play as a human that has a mysterious diamond-shaped implant embedded into your left arm. You wake up on the shores of the shrouded island ARK, and you soon find out you’re not alone. Vicious dinosaurs that were once long lost roam the lands, and it’s up to you to build shelter, find food, and survive!

Featuring a new control scheme designed for mobile devices, ARK lets you find materials, craft whatever you like, fight huge dinosaurs, and even tame some too! The island of ARK hides many secrets and wondrous locales, so you’ll need to do some exploring to see it all.

Multiplayer has also been confirmed, and you’ll be able to either duke it out or cooperate with other players. Tribes let you band together with certain players so you can share XP, work together, and build a massive super base. Survive alone or fight together – the choice is yours!

With the recent announcement of Fortnite Battle Royale launching on mobile platforms, it seems like many of the big name survival games are all making the jump to the mobile platforms. With ARK confirmed to be on the way too, we can only assume that this is the start of a cascade of popular survival games coming to mobile.

You can stay up-to-date with news and announcements about ARK: Survival Evolved by keeping an eye here, and you can also pre-register on the official website. Note that this is different than signing up for the closed beta – you’ll need the aforementioned form for that. There will be some in-game bonuses for you if you do pre-register, so don’t delay!