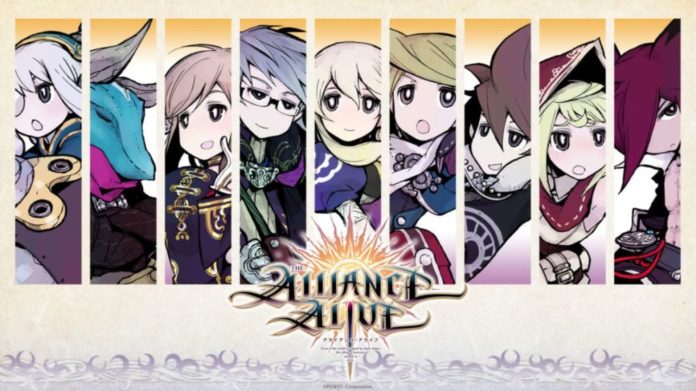 The Alliance Alive HD Remaster has been confirmed for Nintendo Switch as well as for PC and PlayStation 4 a couple of weeks back.

Shortly after the game’s announcement, NIS America confirmed that the game will also be released in the West sometime this Fall. Today, we finally learned precisely when the game will be released.

The Alliance Alive HD Remaster will be released on October 8th in North America, October 11th in Europe and the following week, October 18th, in Australia.

The Nintendo Switch release will be available in both digital and physical form, with a limited edition also getting released in the US. This limited edition includes a copy of the game, as well as hardcover, art book, soundtrack CD and a collector’s box.

The Alliance Alive has been originally released on Nintendo 3DS and is among the most interesting JRPG available on the system, thanks to its engaging story, deep combat, and unique progress options.

The game has beend developer by Cattle Call with the assistance of Grezzo and FuRyu, and JRPG development veterans who worked on the Final Fantasy, SaGa series and Chrono Trigger also worked on the game.

The Alliance Alive HD Remaster launches on Nintendo Switch this October. The game also releases on PC and PlayStation 4.