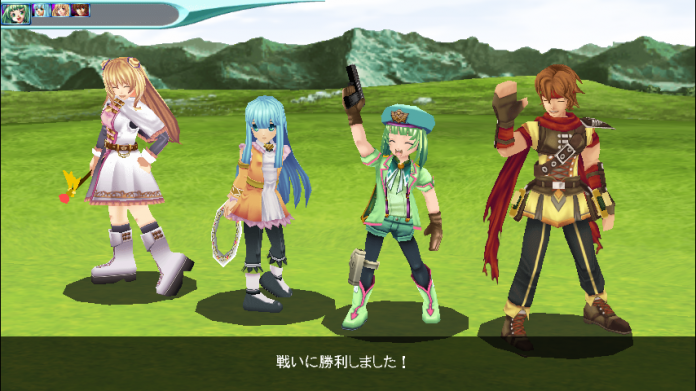 A new Japanese Role Playing Game developed by Kemco Games is now available for purchase on the App Store.

The new game is called Alphadia Genesis and it features pretty much everything you might expect from Japanese role playing games like a big journey to save the world, several playable characters, monsters to defeat, locations to explore and more.

Unfortunately Alphadia Genesis is not a too interesting game for a few reasons. Everything in the game is just padded out, making players feel like they have accomplished very little in several hours of play. It’s almost like the developer desperately wanted gamers to like the characters of Alphadia Genesis by offering as much character development as possible. This definitely wasn’t the way to make them feel less boring.

Luckily the battle system is not as bland as the story and characters of the game. The system is a quite standard turn based system that features some really interesting twists, like the ability to combo attacks together and use skills of character not currently in the battle party.

Alphadia Genesis is now available for purchase on the App Store. Give it a spin if you want to experience the nice battle system included in this quite standard Japanese role playing game.