Home Game Guides Is Voyager Worth a Roll in Fate Grand Order? 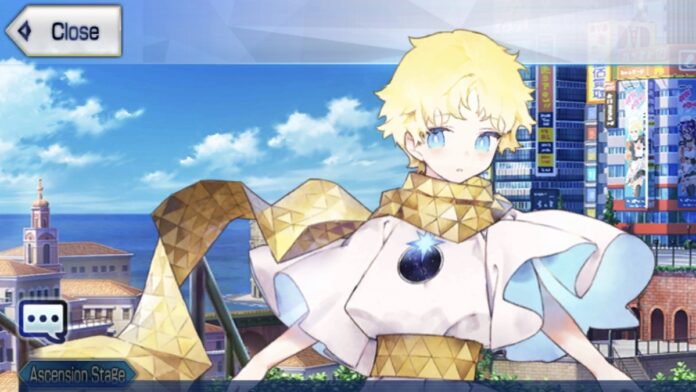 After what feels like forever, Voyager, the child of the stars, has finally arrived in the North American server of Fate Grand Order. Originally a character in the Fate Requiem books, he’s come to Chaldea as a limited-time summon for the duration of the Board Game Apocalypse event. While there may be quite a bit of hype surrounding him, the real question is, is he worth the gamble of your hard-earned quartz? Find out here.

The Stats On Voyager

Voyager is a Foreigner class character, meaning he’s only got an advantage against Berserker class characters and other Foreigner. Therefore, if you’re expecting someone who deals huge amounts of damage with little outside help, you might want to skip this one. However, he has other very unique traits that make him worth a try.

What Voyager lacks in power, he makes up for with his skills, particularly his third skill, Blessings From The End of The World. This buff raises the critical strength and critical rate resist for all allies as well as the critical star gather rate for one character. His other skills, Voyager of the Stars, raises his NP gauge, gives him a debuff immune for three turns, and gets 10 critical stars. His second skill, Swing By, gives him a self-evade, raises the power of his Quick Card attacks, and lowers the Quick Resist for one enemy for three turns. This could make him really useful in Challenge Quests with enemies that have resistance to specific attack cards.

Because he’s a Quick based servant, Voyager is the perfect choice to use for Skadi loops. Skadi’s skills specifically increase Quick-based power. Therefore, when paired with her, Voyager has the capability to refund his special attack charge after using it in one turn. As long as you can use craft essences and support to raise his damage, Voyager is extremely capable of looping attacks.

The verdict here is that your choice should really depend on what you’re looking for. If you’re someone who only collects units to use for the purpose of meta and denounces everything else, this will not be someone for you. Of course, if you want him just because you like the character, you should go for it because that’s more important than anything else. Voyager is also a great choice if you do not have an Area of Effect Foreigner yet, say if you do not have Hokusai. Overall, you won’t regret it if you get him.

Is Voyager Worth a Roll in Fate Grand Order?