Home Game Guides Is Unpacking on the Nintendo Switch? Answered 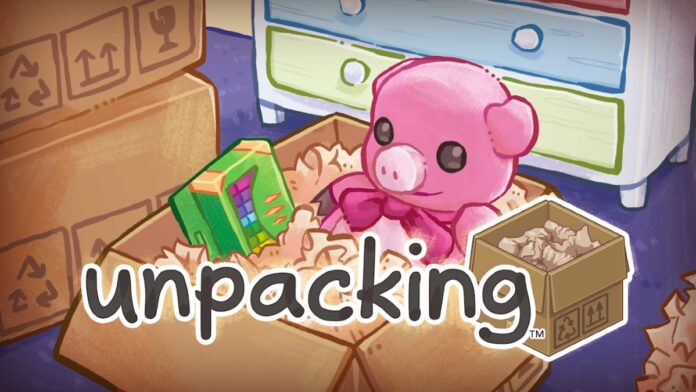 Relaxing games are absolutely all the rage right now. They’re perfect for playing on the train or for occupying time while waiting in line somewhere, which let’s face it, the current world has made more frequent. Games that help us decompress are crucial for these difficult times, and there may be no better game for that than Unpacking. However, is Unpacking portable? Is Unpacking on the Nintendo Switch?

The Story Of Unpacking

For those unfamiliar, Unpacking is an indie game that tells the narrative of a woman’s life as she moves homes at various milestone points in her life. The gameplay is simply organizing the various items in the house, hence the name Unpacking. Each chapter is a time period in the character’s life and when the player finishes the unpacking, they time-jump into the next arc. The items in each part tell the story of the character’s life and the struggles she faces. The story begins with the girl in college and follows her into her young adult life. If you want a game that’s relaxing while still having a narrative, definitely check out Unpacking.

Where To Play Unpacking

You can play Unpacking on PC, PlayStation, Xbox One, and the Nintendo Switch. Players have the option to enjoy it in touch, gamepad, and gyro in either two-handed or one-handed configurations on the Switch, which makes it very accessible. In fact, the game itself is very accessibility friendly, with remappable controls and UI buttons that are able to be enlarged. You can turn off the room-swapping animations if you have motion sickness. There is no dialogue in the game that has to be followed and very little text, making it friendly for those with hearing and reading accommodations.

Between its availability on many platforms and its accessibility-friendly mechanics, there is no reason for you not to play this game. Whether you do it at home or on a train, you’ll find Unpacking’s story very touching. You can play it today on the Nintendo Switch!

Is Unpacking on the Nintendo Switch? Answered