Home Game Guides Is Tower of Fantasy Only 1 Character Per Server? – Answered 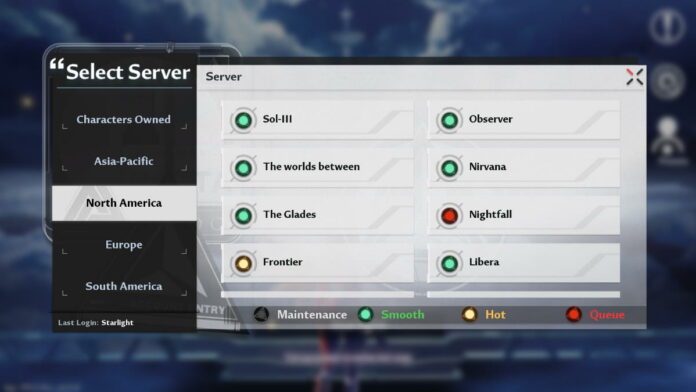 Tower of Fantasy is a brand-new open-world anime MMORPG, inspired by games like Genshin Impact. The game just had its global launch, so naturally there are tons of servers for new players to join. You might be wondering if you can make multiple characters. Today, we’ll answer the question: is Tower of Fantasy only 1 character per server?

Are you Limited to One Character per Server in Tower of Fantasy?

Upon starting Tower of Fantasy for the first time, the game will automatically assign you a random server in your region. You don’t have to accept it though, as you can choose your own region and server. There are multiple servers per region.

You’ll be taken through a prologue during the beginning of the game, where you eventually choose a female or male character. You then name your character, and this effectively creates your character on your chosen server.

Related | How to Get Type 1 Chip in Tower of Fantasy

If for whatever reason you feel like you want to create another character but on the same server, we have unfortunate news: As of the game’s current state, you are indeed limited to only 1 character per server.

Attempting to log into a server with an existing character will immediately put you back at where you left off from your previous session. In addition to this, there is currently no way to delete characters off of individual servers.

If you want to start over from scratch with a new character, you’ll essentially need to hop on over to a new server. This does seem rather backwards, and we’re expecting this to be changed in a future update.

With this knowledge in tow, we recommend taking a moment to decide on a server that best suits your needs. Also, take into consideration any friends that might be joining you, as they’ll also need to be on the same server.

That concludes our guide on Tower of Fantasy beings only 1 character per server. If you have any other questions, please let us know in the comments below!

Is Tower of Fantasy Only 1 Character Per Server? – Answered