Home Game Guides Is The Mobile Version of Holocure Legit? 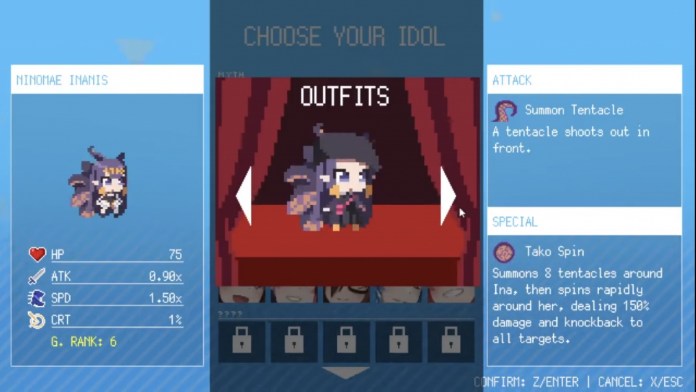 If you’re a fan of the ladies of Hololive, you may want to consider checking out Holocure, the fanmade gacha game featuring the beloved idols of Cover Corporation. Inspired by the style of Vampire Survivors, an evil force has come over the fans and the ladies must save them. Choose a starter character from anyone in Hololive English, Hololive Japan Generation 0, or Hololive Gamers to play with, and then unlock all of the others!

What The Mobile Version Actually Is

RELATED: How to Play Holocure with a Controller

On September 24, the developer tweeted that they’d received reports about a mobile version showing up on the Google Play store. They said they did not make this version and that it contains ads. According to some who downloaded it, the game called itself a guide for the Holocure PC version. It does not actually contain the game but a series of screenshots and ads. You have to click on an area to realize that the application is actually a guide. Therefore, the app most likely contains a virus or your personal information. The game seems to be gone from the Play store now, but if you see it in yours, do not download it.

Is Holocure Getting A Mobile Version?

According to the developer, they are not creating a mobile version of the game and have no intentions to do so. Holocure is a free game and to put it on a mobile store would most likely have some costs and complications that would require the developer to either put in microtransactions or monetize the whole game. Thus, the only way you can play Holocure right now is on PC.

Is The Mobile Version of Holocure Legit?