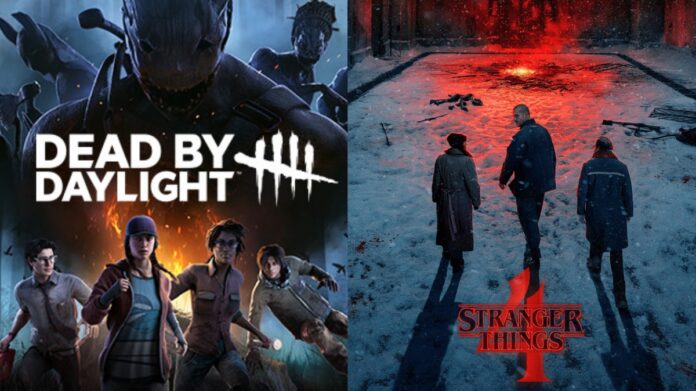 Rumours of a Second Dead By Daylight Stranger Things DLC

Since Stranger Things has returned to Netflix, fans have been asking if another Dead By Daylight collaboration will occur. After the success of the Chapter 13: Stranger Things DLC, it would be unsurprising.

Both DBDLeaks and FBIntel on Twitter have suggested the new monster ‘Vecna’ could be added as a new Dead By Daylight Killer, but no suggestion yet of who the Survivors would be. Fans have said they would love to see Robin Buckley or new Stranger Things character Eddie Munson as Survivors, while others have suggested Eleven should finally be included. Others have suggested that there may not even be new Survivors, but just alternate skins for Steve and Nancy.

Related: Will There Be a Fortnite and Dead By Daylight Crossover?

There was an artist’s rendition of what Vecna would look like in-game but unfortunately that was proven to be just fan art, and not actually leaked from Behaviour Interactive.

Fans will have to wait and see if these rumours prove to be true, but right now the speculation is just a bit of fun. What would Vecna’s Killer power be? Can you imagine the horrific Mori he would have? Let us know your thoughts below!