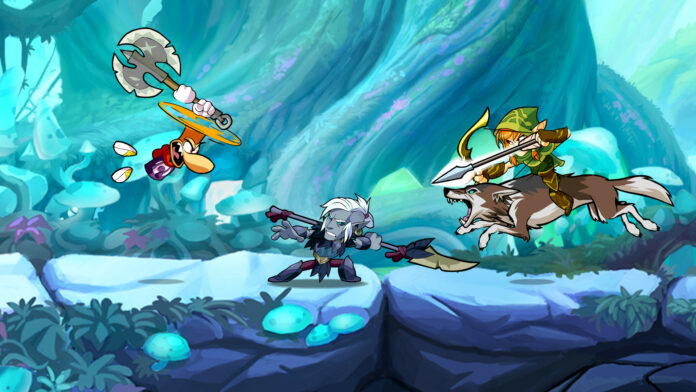 Brawlhalla is a viral 2D cross-platform fighting game. Players can choose different characters and weapons to fight in arenas. Apart from the fact that you can fight in various modes, you can also play ranked games. And to increase your rank, you will have to use all your skills. And in this guide, we will tell you if Sandstorm is the best player in Brawlhalla.

Is Sandstorm the Best Player in Brawlhalla?

When playing Brawlhalla, you faced strong players. They can be more skillful with their weapons, or perhaps they anticipate your actions. However, when you watch competition with Sandstorm, you realize that you have never played against strong players.

Related: How to Leave a Clan in Brawlhalla

Many fans of the game, without exaggeration, call Sandstorm the best player in history. And there are good reasons for this. Firstly, he became the Brawlhalla World Champion for North America three times. Also, after his last tournament, he became the first Brawlhalla player to earn over $200,000. And finally, in his region, he is the player with the most tournaments won.

This statistic already shows how good he is. One of the main reasons for his invincibility is that he was the first to use the full potential of Scythe. This weapon requires very high skill and knowledge of the abilities of other players. And Sandstorm was able to master it. At the moment, he has retired from the competition, and perhaps there are already players who will be stronger than him. However, he is undeniably one of the best players in the history of Brawlhalla.

Like other tournament games, Brawlhalla has incredibly strong players. However, they won’t be that way for a long time as potentially top players learn from them and become stronger. And while you are here, take a look at our guide on how to get the Hraesvelgr’s Eyes Blasters.

Is Sandstorm the Best Player in Brawlhalla? – Answered