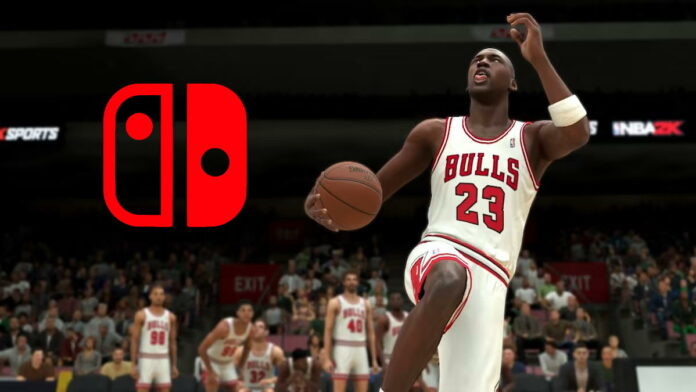 When it comes to the Nintendo Switch ports of big name titles, people are always cautious. Since the Switch’s hardware isn’t as strong compared to the PlayStation 5 and Xbox Series X, game ports will often vary wildly in performance. Today, we’ll be examining the Switch version of NBA 2K23 to answer the question: Is NBA 2K23 performance on Nintendo Switch good?

2K Games’ NBA 2K series is the premiere basketball simulation series. If you know anyone who is a fan of basketball and video games, there’s a good chance they own one of the NBA 2K games.

While the games are marketed towards diehard basketball fans, 2K Games is also careful to make sure that casual players feel included as well. They also want to ensure that the game is as accessible as possible, which is why the newer games in the series are still releasing on consoles from last generation.

Starting with NBA 2K18, the series began to appear on the Nintendo Switch. Since the series prides itself on high-quality character models that look like real human players, a single match is very demanding on processing power.

Despite this, 2K Games managed to get every game since NBA 2K18 running on the Switch, including the recently released NBA 2K23. The Switch version is considered to be the “old gen” version of the game, which means it’s on par with the PlayStation 4 and Xbox One versions in terms of content.

So, how does it run? We’re pleased to report that the Nintendo Switch version of NBA 2K23 runs pretty well. The game manages to hold a stable 30 FPS both in handheld and docked modes. Check out YouTuber ContraNetwork’s frame rate test to see for yourself.

Related | How to Get Endorsements in NBA 2k23 MyCareer

The game’s performance seems to be optimized well, since it never drops below 30 FPS. If you notice halfway through the video, the frames start to fluctuate a tiny bit when a lot of players are on-screen at once, but it still holds together in the end.

Of course, this optimized performance comes at the cost of the visuals. The Switch is already under powered compared to the PS5 and Xbox Series X, so in order to hit the target FPS of 30, the Switch version of the game is noticeably lacking in graphical fidelity.

We hope that answers your questions about whether the performance in the Nintendo Switch version of NBA 2K23 is good, and if you have any more questions, let us know in the comments below!