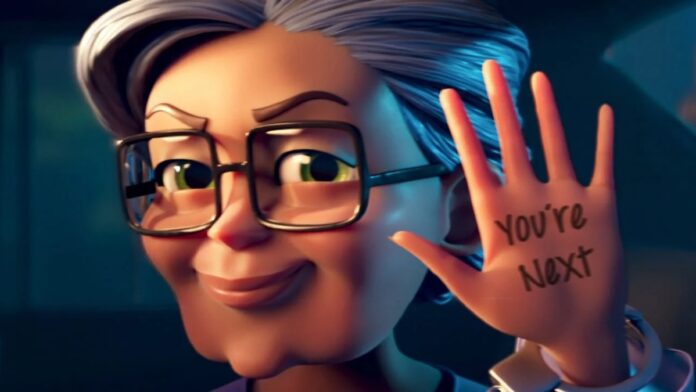 Kathy Bates is best known for her iconic roles in Stephen King’s Misery, and American Horror Story. The actor and director can usually be seen cast in strong female roles with a twist, and her latest role is no different. Find out below if it is true: is Kathy Bates in a Merge Mansion commercial – answered!

Is Kathy Bates the Mysterious Grandma in Merge Mansion?

Merge Mansion, the mobile item-matching game with a twist, is as popular as ever and that is partly down to its intriguing story of the mysterious grandmother Ursula. What starts as an innocent game of ‘clear up the mansion grounds’, soon takes a suspicious turn. Grandmother Ursula is definitely hiding something as players are told about secrets to uncover and “he’s alive”…

Related: What is Grandma Hiding in Merge Mansion?

The ad campaigns are on another level though. A while back the ads were simple and intriguing, making players think ‘hang on, why is that old woman getting arrested?!’. Now the developers have moved onto live action ads involving a very familiar face.

Kathy Bates is playing the grandmother Ursula in these live action ads, and is relishing the role. Speaking to the media, Kathy has said:

“Ursula and I fit like a pair of beloved old gardening gloves! What a crazy grandma! I loved scurrying around the grand old house. So much fun working with the brilliant Jim Jenkins and Grace Rex who played my granddaughter- a very talented young actress. The lovely crew, the production design and the beautiful cinematography. Thank you Merge Mansion for inviting me to play. Now I’ll check out the game!”

“One of my favourite things about this clever campaign was Ursula’s statues. I studied sculpture at art school and enjoyed building clay faces to mold masks for Greek theater. I clicked with Ursula’s eclectic taste: the taxidermy creatures, the fresco on the stairwell, the old bronze sculptures. I wouldn’t mind living in Ursula’s mansion- without the dust and cobwebs of course. What a fun time we all had!”

Anyone who loves Merge Mansion, or loves Kathy Bates, will enjoy this ad campaign. Check out the full playlist of the live-action ads in the YouTube link above!