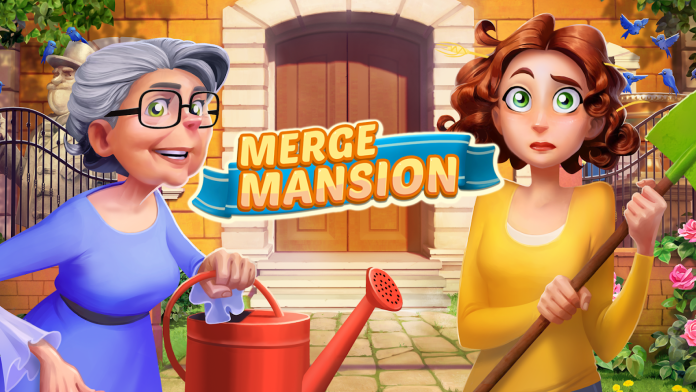 Merge Mansion is a fun casual puzzle game in which players have to restore a mansion. You need to merge various items in the garage to get decorations or tools. The game also has many different events and a very mysterious plot. And in this guide, we will tell you what Grandma is hiding. What is she up to?

What is Grandma Hiding in Merge Mansion?

The main character of Merge Mansion is called Maddie. She arrives at her Grandma’s old mansion. In the beginning, when you first enter the mansion, you will meet with the building inspector Roddy Took, who will inform you that the building needs to be demolished. After that, Maddie will start cleaning up and restoring the mansion.

The entire plot is told through dialogues that appear regularly throughout the game. Also, some of the information can be learned from items such as Love Story. In all dialogues, Ursula talks about some mysterious or suspicious things. But as soon as you try to find out something, she goes off to get glasses, or check the pie.

The developers have openly stated that they like to create more questions and not give fans answers at all. Therefore, most likely the players will never find out what Grandma is hiding in the mansion. And is she really hiding something?

Related: How to Get the Concrete Mixer in Merge Mansion

Also, as part of the promotional campaign, several commercials were released in which Grandma constantly escaped from Maddie through secret doors in the mansion. Throughout the cutscenes, players are given different hints about what Grandma is hiding. Unfortunately, no one has given any answers.

Metacore Games Oy has chosen an interesting advertising scheme. To make Merge Mansion stand out from other similar games, they added some mystery to it. And this has collected a large fan base for the game. We hope you enjoyed this guide.

What is Grandma Hiding in Merge Mansion? – Answered