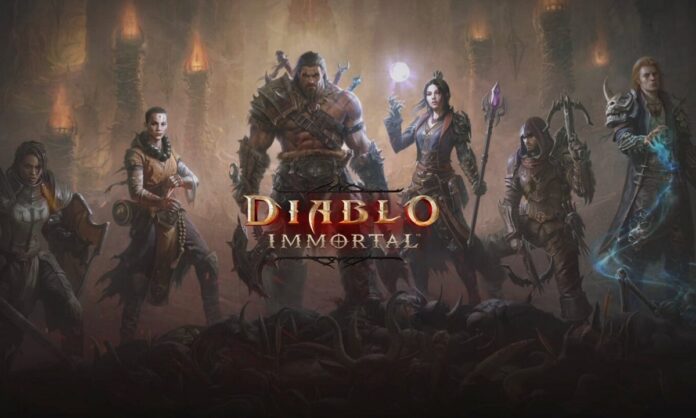 The Diablo series has a huge fan base. And this is not surprising, because Diablo became the founder of the Action RPG genre. Diablo Immortal is a new game in the series, and the first released for mobile devices. However, many players are wondering if Diablo Immortal is Pay to Win. And in this guide, we will answer this question for you.

Is Diablo Immortal Pay to Win?

Diablo Immortal is a free MMORPG. Players do not need to pay to play the game of their favorite series. In the game, for completing quests or getting achievements, you can get in-game currencies to upgrade your character and equipment. The game has Microtransactions, but they are needed to simplify the grind or purchase skins. By the way, Blizzard announced that many different skins can be obtained for free. For example, in the first month of release, players will be able to get a free Horadrim set.

In Diablo Immortal, players can earn three different in-game currencies. Each of them is used for certain actions. Let’s start with Gold.

Gold is the main and most common currency in Diablo Immortal. You can earn it by destroying monsters, completing quests, etc. Gold can be used for gambling, upgrading equipment, creating a clan, and trading with NPCs.

Platinum is the currency needed to trade with other players. It can be earned by completing Daily Activity Quests and by selling your items in the Market. You can also buy this currency with Eternal Orbs. Platinum is used to craft Legendary Gems, buy Legendary Crest and Echo Crystals, and buy items from other players.

Related: How to Play Diablo Immortal with Razer Kishi

And finally, a premium currency called Eternal Orbs. It can only be purchased with real money. This currency can be used for buying Platinum, Legendary Crests, Premium Skins, and increasing the Tier in Battle Pass. Players can also use Eternal Orbs to reforge.

As you can see, despite the premium currency in the game, players can enjoy Diablo Immortal without Microtransactions. And using only Gold and Platinum you will be able to progress in the game. Moreover, almost everything that can be purchased for Eternal Orbs, players can get for free by spending enough time on the grind.