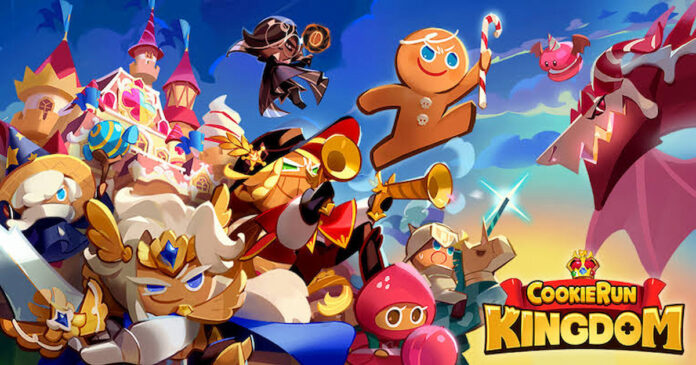 Cookie Run: Kingdom is one of the best mobile RPGs at the moment, and the developers have released yet another update that introduces a new Cookie named Crunchy Chip Cookie.

This update marks version 3.1 of the game as well as the second part of the Council of Heroes update. Crunchy Chip Cookie has left players thrilled about the update after it was previously rumored to provide a follow-up to the sinister plans Clotted Cream Cookie has laid out towards the end of the storyline (mentioned in the last update).

So in this article, we’ll be detailing some of the perks that come with having Crunchy Chip Cookie and eventually helping you decide if the Cookie is a good option in Cookie Run Kingdom.

The Crunchy Chip in-game description reads: “His oath to his king has kept him and his comrades persevering through piercing winds and snowstorms to ensure the kingdom’s safety from the Licorice Sea. No other squadron stands a chance against these ferocious warriors that race through the mountains on the back of their wolves, defeating every monster they come across. Another serene morning in the Dark Cacao Kingdom; perhaps, we have to thank Captain Crunchy Chip Cookie for it!”

Although it’s not entirely clear how this new Cookie will fit into the ongoing Council of Heroes theme, Crunchy Chip’s designated role is that of a protector for the Dark Cacao Kingdom. This role includes being the personal bodyguard and close associate of Dark Cacao Cookie himself, a part of the Council of Heroes.

Some players have speculated that the Cookie will feature in further events of the Council of Heroes storyline through Dark Cacao. Others have also reckoned that his role might extend far beyond that.

The Cookie’s default attack is Crunchy Chip, which leaves Claw marks on an enemy with the highest ATK rating. Once this ability is engaged, he will charge toward the enemy, slam them and follow it up with another hit from the Cream Wolf that he summons.

Crunchy Chip rides around on his Cream Wolf in the thick of the fight and manages to take on enemies consistently. If he’s eliminated, Cream Wolf will continue to battle alone with rage. The ’rage’ grants Cream Wolf the ability to become resistant to incapacitating effects, making both the Cookie and the Wolf relatively less susceptible by Knockbacks and Flying.

A rundown on Crunchy Chip’s abilities:

Ultimately, Crunchy Chip is a good Cookie to have in Cookie Run Kingdom. He puts up decent numbers especially if you upgrade him to higher levels. His base stands slightly above 40,000 in Cookie Run Kingdom but once all upgrades are complete, it can increase to more than 140,000.