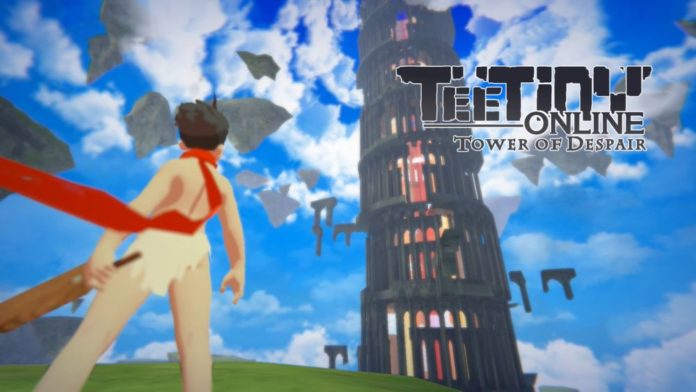 When it comes to MMORPGs for the mobile, you’re spoilt for choice these days. From Adventure Quest 3D to Lineage 2: Revolution, the list is long. Yet, there’s always room for a fun, casual newcomer to liven things up a bit.

TeeTINY Online is the first title from TEENY.studio, a team of developers boasting 15 years of experience in the gaming industry. The game has already undergone its initial round of closed-beta testing, with a second round happening this October and a release slated for next year. So what big features does TeeTINY have to tempt you?

Every character you create in TeeTINY Online begins their adventure in the same way: in just their underwear (a chilly start on the hero’s path). There aren’t any classes to pick at the outset – no archers, tanks or mages. There’s no equipment to buy, either. Everybody begins with the same potential.

It’s up to you to farm for materials to kit out your character, and decide what kind of hero you want them to be. Half the fun is choosing outfits and items that make your hero stand out from the crowd.

TeeTINY Online has been designed with casual players in mind. That’s why there are handy automated options, including auto-questing and auto-pathing. When you’re time poor but still want your hero to progress, or you just prefer to focus on the character customisation and social elements, this game makes life easy.

Plus, with vibrant, anime-inspired graphics, a day-night cycle and changeable weather, TeeTiny Online is a treat to watch whether you’re hands-on or hands-off.

Not only is TeeTINY Online set in a a sprawling, lush, 3D open world, but the developers have sought to do away with the usual regional barriers multiple servers create. Instead, a global integrated server allows the whole world to play together.

There isn’t even a language barrier, thanks to support for automatic translation. No more compartmentalised multiplayer; you’re free to mingle, join forces, forge player-versus-player rivalries (and even pet-versus-pet rivalries) with whoever you like.

The story at the heart of TeeTINY Online is one of a fractured fantasy world, and a tournament sent by the gods as a chance of redemption. That tournament is the Dark Tower — essentially an endless series of monster-filmed dungeons for you to battle your way up.

On your own, you’ll face an uphill struggle in more ways than one — but if you can team up with some fellow players to form a guild, you have the chance to get further than you ever dreamed of (and return with an inventory full of loot).

If you’re excited to give TeeTINY Online a pre-release whirl, why not get ahead of the game and join the second closed-beta test? It will run from 21 October to 3 November 2019, and includes a brand new rogue-like mod to try out. You can get it from Google Play and you can find out more on the official website and Facebook page.