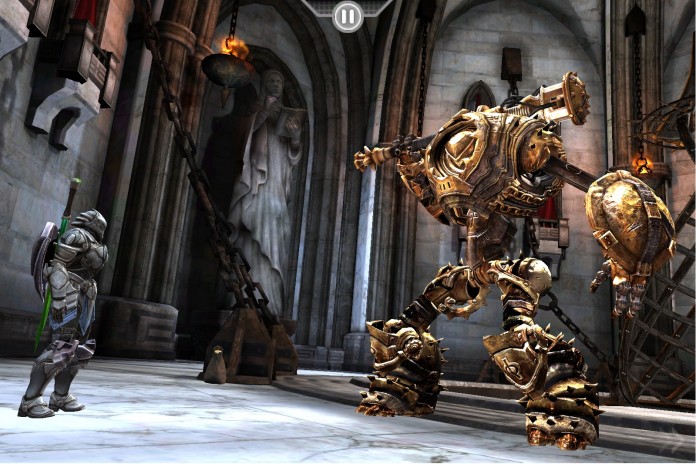 With so many games getting released every week on the App Store, it happens quite often that gamers have to make a choice, depending on their taste in gaming. This doesn’t mean that games that get passed on will be ignored forever as sometimes they become available for a reduced price or even for free, allowing gamers who might have missed these titles when they were released to play them for the first time.

If you have never tried the Infinity Blade series and want to do so soon, you better turn on your iOS devices, as the action role playing game will be available for free during this week.

Despite being a bit unrefined, Infinity Blade is still an impressive game, thanks to its beautiful graphics powered by the Unreal Engine. Gameplay wise it lacks many of the refinements that have been introduced by its two sequels but it doesn’t mean that it’s a bad game.

Infinity Blade 3 has recently received an expansion pack called the Soul Hunter pack which includes a brand new quest playable as Siris or Isa, a new Deathless called Oslim, new armor sets, a new Explore Quests feature and many more. You can read all the details on the Soul Hunter pack by going here.

Infinity Blade is now available for free on the App Store. The game will become a paid release again next week.