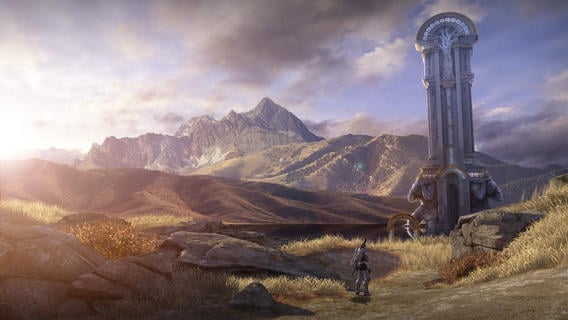 The highly successful Chair Entertainment game Infinity Blade III has received a huge update today, including quite a lot of new features and content that will make all fans of the game quite happy.

The new update, called Blade Masters, includes a new deathless called the Collector. As some may understand from the name, the Collector is out to find the finest weapons of the game’s world and it will be up to you to stop him in his tracks. Another enemy has also been added by the new update, the Infinity Blade II enemy Ryth.

If you have been having troubles in learning the game’s battle system, you will be happy to know that the new update also includes a trainer feature so that gamers can hack away at a training robot without risking getting killed while on training.

To celebrate the release of the Blade Masters update, Infinity Blade III has also received a price drop. The game is now available for only $2.99.

Infinity Blade III is now available for download on the App Store. The game has also received several updates in the past few months, expanding the original gameplay experience in a few interesting ways.