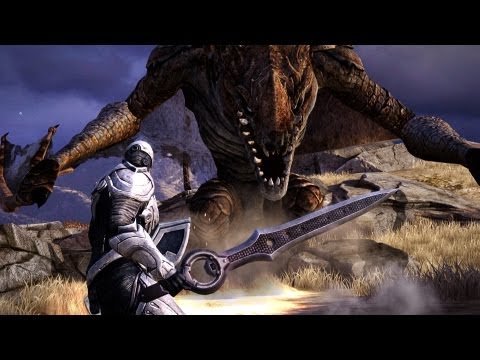 What started as a beautifully rendered yet basic screen-swiping hack & slash game back in 2010 has finally come full circle as developer Chair Entertainment and publisher Epic Games have unleashed Infinity Blade III upon the mobile gaming world – one of the best releases of the week.

Available now on iOS devices for a paltry $6.99, Infinity Blade III continues the epic story of warrior Siris and his fight against the evil God King. This time around, Siris’s female companion Isa (who was first introduced in Infinity Blade II) joins Siris as a second playable character with her own acrobatic move set and unique weapon classes such as spears, staves, and claw gauntlets.

Instead of having to make constant treks through the same castle or labyrinth, this time around players actually have a base of operations from which they can choose their next mission, purchase and upgrade equipment, and craft items such as rings and potions. The game’s story, while still mostly linear, takes players to a number of different locations including sprawling deserts, lush jungles, and techno-inspired palaces and fortresses.

Judging from the trailer below, combat still hasn’t evolved too much past the basic “swipe to dodge, block, or attack” formula but the balance between each character’s unique fighting style (Isa appears to be able to perform stealth and ranged attacks when the opportunity presents itself) likely helps to keep things fresh.

Infinity Blade III concludes a story that was started way back in 2010 and has now spanned three games and two full-length novels. Judging from some of the reviews it has been receiving, it sounds like it’s well worth your time if you’re a fan of the series or just hack & slash games in general.